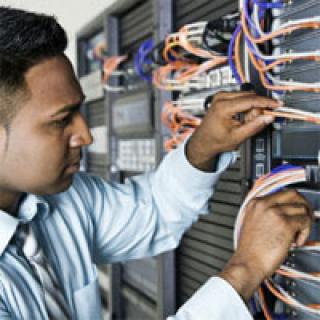 There is a severe shortage of software development skills in Africa which is affecting its ability to compete on the global digital economy’s stage. So says Gary Bannatyne, MD of The Digital Academy. It was launched in Johannesburg on 31st July 2015 with the support of its first corporate partner Barclays Africa. The collaboration will see software development apprentices undergo a rapid internship programme that - by October this year - will deliver commercially-viable products for the bank. The Academy plans to host four intakes of 30 apprentices each year, delivering 126 skilled developers to market.

“The Digital Academy is an alternative solution to Africa’s demanding digital needs,” explains Bannatyne. “It recruits motivated young people with a raw talent for web and software development, and teaches them practical StreetDev; in other words, the hands-on skill that is severely needed in the real web development world.”

Cultivating this skill is the driving force behind Bannatyne and his partners Brandon Muller and James Coetzee. For many years, they’ve struggled to find technical talent that delivers market-ready work. “The idea was borne out of our frustration of being unable to recruit quality staff. While there are some excellent developers out there, they often sit in large corporates or are very expensive.”

Coupled with this challenge is the fact that universities and technikons teach the theory but not the practical know-how to working on commercial products.

To solve not only their need, but that of the broader African digital economy, the founders set out to launch a fast-track training programme that would recruit motivated youngsters and actively train them in sought-after skills.

It works by collaborating with corporates who have a software development challenge, for instance, Barclays. “They provide a real-world brief; our teams build it,” says Bannatyne. “It’s a win-win as corporates get software products built fast and cost-effectively, while the apprentices gain invaluable knowledge that traditionally would have taken years to acquire.”

After three months of intense training the apprentices graduate. They are then recruited either internally or by the academy’s corporate partners like Barclays, or supported as entrepreneurs to help develop Africa’s digital economy.

“The banking industry is going through some exciting changes and The Digital Academy will allow us to stay agile, continue to innovate rapidly and remain relevant to its customers. It also gives us access to talent that could be recruited into the bank’s fabric,” says Evans Munyuki, head of RBB Digital Channels, Barclays Africa.

“Long-term our goal is to launch in multiple African urban hubs,” concludes Bannatyne. “We also want to develop the first all-female unit and expose this career path to motivated young African women.”

Training courses you should consider