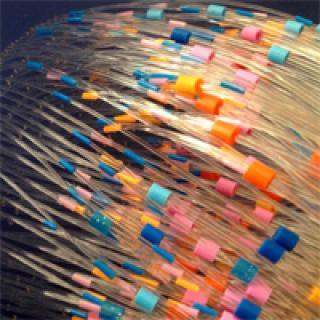 “Are our people able to communicate, is it affordable, are the services accessible, and are they available to our people because they are not meant for the elite,” Ndabeni-Abrahams said.

The Minister, who was addressing the media launch for the Digital Economy Summit, also presented the 4IRSA partnership on Thursday in Johannesburg.

4IRSA is a partnership between Telkom and the Universities of Witwatersrand, Fort Hare and Johannesburg.

The partnership seeks to stimulate and facilitate an inclusive national dialogue to shape a coherent national response to the 4th Industrial Revolution (4IR) in South Africa.

Ndabeni-Abrahams emphasized the need to put people at the centre of the 4IR conversation.

“As we unpack the critical components of 4IR, it is important that people are placed at the centre of the conversation. As government, this is woven into all our 4IR interventions and as such, we have been deliberate in seeking collaborative efforts that build a capable 4IR army.

“In the same breadth, we must ensure that we create and own solutions that respond to our unique requirements as a country,” she said.

The Minister said it is important that all sectors find expression in the 4IR conversation.

The partnership between Telkom and the Universities of Witwatersrand, Fort Hare and Johannesburg, is also aimed at complementing and supporting other national activities relating to 4IR, most notably the Presidential Commission on 4IR.

The task of the commission, which will be chaired by the President, is to identify relevant policies, strategies and action plans that will position South Africa as a competitive global player.

The Minister said, in addition to the Presidential Commission on 4IR, work streams will be established to focus on skills and jobs for the future.

“We want to look at the challenges and the potential threats in the jobs industry for the future. We also require the expertise of the labour unions, policy makers and the industry players who must make sure that there are jobs.

“We require people who are going to look at the social impact of the 4IR … the commission is there to provide strategic leadership that must be given to the country,” she said.

She said it was important to build capacity for the 4IR by making sure that the workforce is ready for the revolution.

Wits Vice-Chancellor Adam Habib said South Africa needs to work across sectors to develop the technology required for the country to leapfrog across eons of poverty, unemployment and inequality.

“… And in doing so create a new world order that prioritises humanity before profits and power. Whilst it is important to address the challenges of our past, it is equally important that we prepare for a collective and common digital and technological future so that we can determine how it will impact us as a society,” Habib said.

The University of Johannesburg and Fort Hare is focusing a lot of research attention on 4IR, with a number of different projects and courses.

Telkom Group CEO Sipho Maseko said the 4IRSA partnership may be the most important collaboration between the government, public institutions and the private sector in South Africa.

“Its potential impacts are transformative both economically and politically. Telkom is passionate about addressing today’s challenges to ensure tomorrow’s prosperity,” he said. – SAnews.gov.za