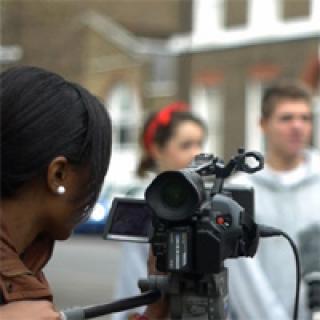 There will be plenty of opportunities for young people to produce content for television once the country finishes moving from analogue to digital broadcasting.

“Young people who are good at creative arts will have the opportunity to develop content... those opportunities will allow young people to create their own jobs with their talents,” said Deputy Minister of Communications Pinky Kekana.

The Department of Communications has been tasked to migrate all South African households to digital terrestrial television (DTT). This process will allow users to experience the many benefits of digital television which include, among others, clearer pictures and sound as well as more channels to choose from.

The Deputy Minister on Friday led a digital migration registration and installation program in the Gert Sibande District Municipality, Mpumalanga.

The department is working together with the South African Post Office to reach qualifying households to install subsidised television decoders. To qualify for these government subsidised set-top boxes, television viewing households must be earning less than R3200 per month.

Kekana said on Friday young people will also have the opportunity to learn how to install as well as install the set-top boxes.

Earlier in the day, the Deputy Minister visited a youth centre and she also had a dialogue with young people in Ermelo. “Today we met young people who are determined to work with government,” she said.

The young people she interacted with expressed an interest in presenting their ideas to government in an effort to create work opportunities and improve their lives.

At the same time, Kekana told those gathered for the event government is tightening its law enforcement on Child Sex Abuse Material. She advised parents to be careful when posting pictures of children on social media as there are predators online.

The registration and installation program was a precursor to the Youth Walk into Economic Opportunities Expo expected to be led by the Deputy President David Mabuza on Saturday.

The one-day Imbizo will seek to expose young people to the array of career and business opportunities available in government, its public entities as well as in the private sector.

During the Imbizo qualifying community members will be able to register for their government-subsidised set-top boxes. – SAnews.gov.za