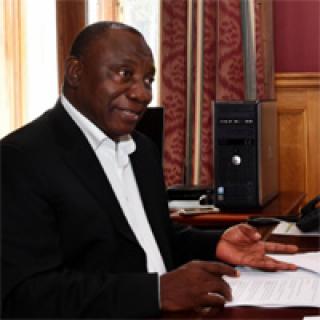 President Cyril Ramaphosa, in his maiden State of the Nation Address, urged “professional bodies and regulatory authorities to take action against members who are found to have acted improperly and unethically.”

This may have been prompted by the number of cases of unethical behaviour as reported in the media involving members of professional bodies.

In response to this, at its 14th Professional Body Forum that took place on the 12th of March, the South African Qualifications Authority (SAQA) presented its findings on whether professional bodies have the capacity to truly protect the interest of the public while remaining sustainable. These findings are from a collaborative study done by SAQA and the Institute of Internal Auditors South Africa (IIA SA).

Overall, the study found that despite some challenges, there are generally systems and mechanisms in place within the professional bodies researched to deal with matters of sustainability, unethical conduct of members and protecting the public interest.

However, one of the key concerns of the study was the capacity of professional bodies to handle costs associated with disciplinary cases involving their members either in their internal processes or in terms of legal fees where members may challenge their decision in court.

The study found that professional bodies in the sample generally have limited financial capacity to deal with legal cases where members or the professional body are being held to account. Furthermore, where budgets for legal matters do exist, they are generally quite small.

This is an important issue to consider as SAQA only recognises professional bodies that demonstrate that they are sustainable and have a clear ability to implement the required processes to protect the public interest.

Following the release of the findings, a Task Team was established to engage with the suggestions and considerations emanating from the study. The Task Team will then present their refined recommendations to the SAQA Board for consideration and a way forward will be determined by the SAQA Board. The Task Team is representative of professional bodies both small and large, statutory and non-statutory, men and women, the demographics of the country and has a good sectoral spread.

SAQA will continue to recognise professional bodies and register professional designations as tasked by the National Qualifications Framework Act 67 of 2008 to protect the integrity of South Africa’s education and training sector.