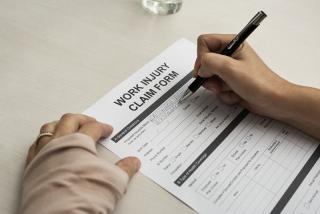 Domestic workers and their family members will now be able to make claims from the Compensation Fund in the event of injury or death. This includes incidents that occured in the past 26 years.

Pinky Mashiane, President of the United Domestic Workers of South Africa said the decision by the Constitutional Court has been years in the making.

Mashiane said there could be some challenges with proving some cases of injuries, since some trace back to 1994.

"It's gonna be a challenge for us to prove those injuries because some domestic workers did not go to the doctors. Others were taken to doctors by their employers, they don't have anything to show now. It's gonna be a process and the journey has just begun but we're gonna give it our best try," said Mashiane.

“Their salaries are often too low to maintain a decent living standard but, by exceptional, if not inexplicable effort, they succeed. Sadly, despite these herculean efforts, domestic work as a profession is undervalued and unrecognised, even though they play a central role in our society.”

The purpose of the judgement was to not only recognise the rights of domestic workers, but to also give them social security.

The case of Ms Mahlangu was used as an example of the dangers of not recognising the rights of domestic workers in the workplace.

Ms Mahlangu was a domestic worker who drowned in her employer's pool while carrying out her duties. She was allegedly partially blind and unable to swim.

Following her death, Ms Mahlangu's daughter tried to claim but was told that she would not receive any compensation or unemployment insurance benefits.

With help from the South African Domestic Service and Allied Workers Union (SADSAWU), she filed an application to the Constitutional Court to allow domestic workers to receive compensation.

The application only recently became a reality for domestic workers, thanks to the ruling by the Constitutional Court.

Mashiane said domestic workers are not educated enough about their rights in the workplace. She hopes the ruling will reach domestic workers nationwide so they can come forward and make their claims.

She has advised domestic workers to be united and organised.

"They must be unionised so that they can learn many things because many of them will not know what's happening and they will not claim from the compensation fund. We are saying to domestic workers they must reach out to us so we can assist them."