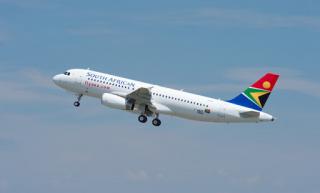 “The DPE calls on individual pilots to accept South African Airways (SAA’s) VSPs and reject their union’s greedy demands, which appear to be magnanimous. [The] South African Airways Pilots Association has made proposals, including to the SAA Business Rescue Practitioners that create the optical illusion of financial savings for the airline,” said the department in a statement on Monday.

The DPE, which is the sole shareholder of SAA, expressed its dismay and concern at the South African Airways Pilots Association’s (SAAPA) stance in the matter.

”As the shareholder on behalf of the government, the DPE is disappointed that it has not dawned on the pilots that SAA is financially depleted, that the airline is in business rescue and fighting for its survival.”

“The lowest of SAA’s 170 senior pilots earn R3.6 million a year, excluding perks and incentives. Of the R2.2 billion proposed budget for the VSPs, pilots will get more than R1 billion,” it said.

“Whilst it makes the VSPs look very attractive for some employees, it does not highlight the financial risks it creates for the remaining employees and the company.”

It said that the terms and conditions of employment on which SAAPA insists for pilots are still based on the premise that SAA is an internationally competitive and profitable company when in fact the airline is insolvent and in business rescue.

The airline went into voluntary business rescue in December 2019 and introduced a radical restructuring process to ensure its financial and operational sustainability to reduce its ongoing impact on the fiscus.

According to DPE, the VSPs available to all employees include one week calculated per year of completed service, one-month notice pay, accumulated leave paid out, said the department.

The package also includes severance criteria calculated on a backdated 5.9% wage increase that was agreed to in November last year, a 13th cheque and a skills development model.

“SAAPA’s proposals are more lucrative and financially rewarding to themselves than any other class of employees at the airline,” the department said.

“In reality, these proposals are motivated by greed, it transfers a financial burden to a new airline that must emerge from the business rescue process and it motivates for pilots to hold on to historic benefits at the cost of all other SAA employees.”

The chair of SAAPA, Captain Grant Back, told media on Monday that the union has committed to negotiating new terms and conditions "just like the DPE has committed to a new board and new executive leadership".