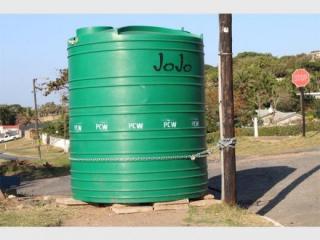 The Department of Water and Sanitation says it has noted the successful rollout of its Drought Relief Intervention Project in affected Free State municipalities.

This comes after Minister Lindiwe Sisulu in January commissioned the Sedibeng Water board to implement the project at the Maluti-a- Phofung Local Municipality in the Thabo Mofutsanyana District in the province.

In a statement issued on Wednesday, the department said Maluti-a-Phofung had been in a protracted drought since 2015 and this often led to protests.

“The South African Treasury provided an investment of R220 million towards the Drought Relief Intervention Project. The Minister appointed Sedibeng Water as an implementation agency to provide sustainable access to water to the Maluti-a-Phofung community,” the department said.

In order to deal with the immediate crisis of water shortage, the priority for Sedibeng Water was to focus on providing a water emergency solution to supply potable water for the distressed community.

As a result, 2000 water tanks were procured in February. From March 2020 – and in view of the looming threat of the COVID-19 pandemic - an accelerated distribution of water tanks was commissioned and successfully implemented by Sedibeng Water to ensure that residents had access to water.

Additionally, the Department of Water and Sanitation in the Free State and Sedibeng Water successfully delivered water tanks provided by Rand Water for potable water to schools as part of the National School Readiness Programme funded by the Department of Basic Education.

A total of 25 water tankers were procured by Sedibeng Water and MAP Water to ensure that the water tanks were regularly filled with water through a rotational schedule administered by MAP Water. The water tankers abstracted fresh and quality assured water from the Comet and Bluegumbosch water abstraction points in QwaQwa.