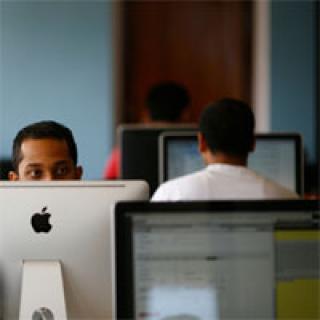 Trade and Industry Minister, Dr Rob Davies, is expected to launch the 20th anniversary of the Workplace Challenge (WPC) next week.

The WPC is a two-year programme implemented amongst South African enterprises to improve their productivity and ensure sustainability of jobs.

Accompanied by the Chief Executive Officer (CEO) of Productivity South Africa, Mothunye Mothiba, Minister Davies will preside over the launch that will take place at the premises of one of the beneficiaries of the programme, Trax Interconnect, in Cape Town.

The Department of Trade and Industry (dti) has been offering the WPC Programme to small, medium and micro enterprises (SMMEs) since 1998.

The campaign is also aimed at re-establishing the programme’s position in the market place by actively creating awareness about its benefits.

“The programme, which is administered by Productivity South Africa on behalf of the dti, is a productivity and competitiveness enhancement intervention for SMMEs in the manufacturing sector,” said Minister Davies on Thursday.

He added that inefficiencies in productivity present a major risk to the growth and development of SMMEs.

“If not checked, they contribute to decline in the competitiveness of the sector in the long term. More than 1 000 companies have been supported through the WPC since 2003 when the programme was handed over to Productivity SA,” said the Minister.

Minister Davies said the programme makes a direct contribution to the achievement of decent employment through inclusive economic growth, as it seeks to improve product, process and people dynamics to enhance sustainable enterprise development.

“The focus of the programme is in line with government’s objective to broaden participation in the economy in order to strengthen economic development. In addition, it focuses on the development of regional and industrial clusters. Through the programme, we have been funding the provision of turn-around solutions to enhance the productivity and competitiveness of enterprises and clusters,” said Mothiba.