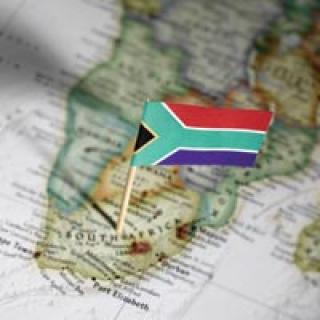 Delivering the State of the Nation Address (SONA) in the National Assembly,
President Zuma said there was a need for "far-reaching' interventions by
government, business and other social partners to bolster growth and create
decent jobs.

The President -- who was re-elected into the highest office following a robust
election campaign -- said while the country was a better place to live in
compared to 1994, more still needed to be done.

The President said this as the country was hit by low growth in the first
quarter of 2014, with Stats SA announcing that the seasonally adjusted Gross
Domestic Product (GDP) at market prices had slumped at an annualised rate of
0.6%.

"As we enter the second phase of our transition from apartheid to a national
democratic society, we have to embark on radical socio-economic transformation
to push back the triple challenge.

"The economy takes centre stage in this programme. It remains our strong
belief that the most effective weapon in the campaign against poverty is the
creation of decent work, and that creating work requires faster economic
growth.

"We have set a growth target of 5% by 2019. To achieve this, we will
embark on various measures and interventions to jump-start the economy,' he
said.

The President said the growth target was set at a difficult period, where the
economy had grown below desirable levels over the past three years, with
households also feeling the pinch.

He said the low economic growth was caused by the global economic slowdown
and domestic conditions - the protracted and at times violent strikes - and a
shortage of energy.

The lengthy strike in the platinum sector has hampered production and has
almost brought the country to its knees, with threats on jobs knocking on the
door.

The President said given the impact of the labour relations environment on
the economy, it was critical that social partners meet to deliberate on the violent
nature and the duration of the strikes.

He said Deputy President Cyril Ramaphosa, who has a wealth of experience
in both labour and business stretching back many years, would step in to lead
social talks.

"The social partners will also need to deliberate on wage inequality. On our side
as government, we will during this term investigate the possibility of a national
minimum wage as one of the key mechanisms to reduce the income inequality,'
he said.

President Zuma also said that government would play its part in the
implementation of the landmark Framework Agreement for a Sustainable Mining
Industry entered into by labour, business and government last year -- a process
that was led by former Deputy President Kgalema Motlanthe.

President Zuma said he would take over the process himself.

"We will implement the undertaking to build housing and other services to
revitalise mining towns, as part of the October 2012 agreement between
business, government and labour.

"The focus is the mining areas of Motlosana, Emalahleni, Sekhukhune, Lephalale,
West Rand and Matjhabeng.

"An Inter-Ministerial Committee on the Revitalisation of Distressed Mining
Communities has been established under the leadership of the Minister in the
Presidency responsible for Planning, Performance Monitoring and Evaluation, Mr
Jeff Radebe.'

President Zuma said government would play the role of big brother to
ensure that mining companies meet the Mining Charter targets in order to
improve the lives of mineworkers.

"Companies are expected to convert or upgrade hostels into family units, attain
the occupancy rate of one person per room and also facilitate home ownership
options for mine workers.

"We urge the companies to meet the 2014 deadline for these targets and
extend this right to dignity to mine workers,' he said.

When President Zuma announced his new Cabinet last month, he also revealed
the creation of a new Ministry of Small Business, aimed at eliminating red tape
that hampers businesses from developing.

He said low investment was a key constraint to economic growth and that
government would work with the private sector to remove obstacles.

"We will continue to engage business in promoting inclusive growth and to
build a more prosperous society.

"In this regard, I will soon convene a meeting of the Presidential Business
Working Group.

"After the last meeting of the Working Group last year, six work streams
were established and these have been discussing solutions to various obstacles
to doing business in South Africa,' he said.

He said captains of industry had raised some of these concerns that make it
difficult to do business in the country.

Youth development to be prioritised

The President said there will be an increased focus to ensure that the
creation of jobs for youth was accelerated.

"We will expand the number of internship positions in the public sector, with
every government department and public entity being required to take on
interns for experiential training.

"The private sector has responded positively to the introduction of the
employment tax incentive. In only five months, there are 133 000 employees
who have benefited and 11 000 employers who have participated in the
incentive scheme,' he said.

He said the majority of young people have been employed in wholesale and
retail trade, manufacturing and finance sectors. - SAnews.gov.za

What do you think?
Should government focus on the economy?