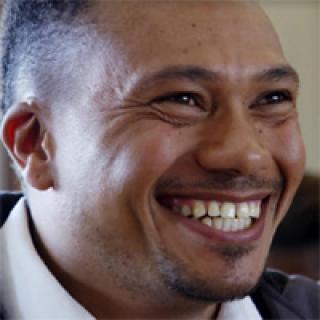 Raised by his aunt and uncle after his parents passed away at a young age, Mzwandile Harmans attended a poor school in Cala, the heart of the rural Eastern Cape. It was his matric year; but with limited resources at Masikhuthale Public Secondary school, the pass rate was low and the learning environment less than ideal for conscientious learners.

Then one day a teacher came round to talk about Engen's Maths and Science Schools (EMSS) programme, and everything changed for this talented young man who was determined to realise his full potential.

“We were given a chance to take a test to qualify for the EMSS Cala programme. The programme offered supplementary classes in maths, science and English, which ran every Saturday morning, but was 25 kilometres away,” remembers Mzwandile. “Fortunately, I took it seriously and I got in.”

Making the long round trip every weekend to attend the programme saw a steady improvement in Mzwandile’s maths, chemistry, and physics marks, so much so that he was awarded a full Engen scholarship to study Chemical Engineering at the Cape Peninsula University of Technology (CPUT).

Mzwandile later impressed with his tertiary studies and after two-years was offered a one-year internship at the Engen Refinery in Durban, which he passed with distinction. On graduating from CPUT, he landed a two-year employment contract with Engen, as part of the company’s graduate development programme.

Today, Mzwandile is permanently employed as an Environmental Technician at the Engen Refinery. “I am so grateful to Engen for all of this,” says Mzwandile. “I never thought it could happen to me.”

Engen’s Head of Transformation and Stakeholder Engagement, Unathi Magida says access to education is a fundamental human right. “This resonates particularly with Engen as a company, as we believe in the value of education and know how important it is to ensure that young people have the opportunity to realise their full potential.”

Chwayita Mareka, Engen’s Head of Human Resources, says the company’s investment in young talent has focused on the Maths and Science Saturday Schools because they understand the bigger country agenda.

“As Engen, we try and play our part in helping to develop South African's talent pool, as there is a scarcity of Science, Maths and Engineering skills. We offer bursaries for students to go to universities in these fields and we look after them, especially if they are from disadvantaged communities,” says Mareka.

“Later, they come into Engen as graduate trainees as part of our graduate development programme wherein we assign them a mentor that exposes them to the real business,” she adds.

Mzwandile’s journey is just one of many inspirational Engen stories that will be shared as part of a new TV series that aims to create a positive narrative around South Africa’s success stories. The SA INC. TV series which launches on 7 April is a partnership between Business Leadership South Africa (BLSA), Brand South Africa and producers, Regency Global.

“At Engen, we strongly believe that a country which is educated is a country that will prosper. We are pleased to play a part in helping to develop South Africa talent, especially our young learners based in rural areas,” says Magida