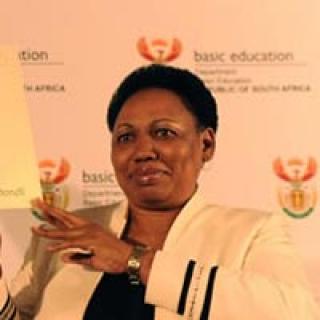 Bobby Soobrayan will be moving on from his position as Director General in the Department of Basic Education, Minister Angie Motshekga has announced.

On Monday, the minister said that "after a very long time and painful consideration' she had acceded to the request of Soobrayan to be redeployed to other responsibilities within government.

"Since 2009 when the minister and DG started working together there have been significant achievements recorded in the sector. The upward trend in the National Senior Certificate results is but one example that can be mentioned,' said the department.

The minister has appointed his former special adviser Panyaza Lesufi as Acting Director-General until end of April 2014.

The department announced in February that Soobrayan had been cleared of allegations that he misused funds.

He was accused of signing a collective agreement on behalf of the department without a proper mandate, and misusing funds from the Education Labour Relations Council during April 2012.

Soobrayan was placed on special leave in August 2013 and a disciplinary hearing was held in December, chaired by Judge Willem van der Merwe.

The minister had said she would give details once all reports concerning the Director General were finalised.

She has since received all the reports from the Public Protector, Public Service Commission and from Judge Van der Merwe.

The department said on Monday the reports from Judge Van der Merwe and Public Service Commission had cleared Soobrayan, while Minister Motshekga would seek an audience with the Public Protector.