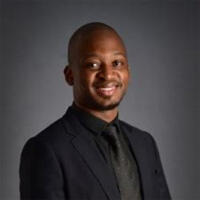 South Africa’s top matric achievers of 2015 were honoured at an awards ceremony held at Vodacom World in Midrand on 5 January 2016.

Amasi Mwela, Eduloan CEO, together with Minister of Basic Education, Angie Motshekga and other partners, congratulated the 27 learners who achieved the highest results in the 2015 National Senior Certificate examinations.

Andrew Tucker was named South Africa’s top learner. Andrew studied at SA College High in the Western Cape and plans to study medicine at the University of Cape Town. William Ferdinand Mey from Tygerberg High School in the Western Cape received the second highest marks in the country, while Tala Ross also from the Western Cape came third.

Their prize money has been loaded onto the Eduloan EduXtras card that can be used to buy textbooks.

Congratulating the learners on their excellent achievement, Mwela said it was Eduloan’s vision to improve people’s live through financial access to education. “Eduloan is honoured to partner with the DOE in celebrating the success of the 2015 learners,” he said.

Explaining Eduloan’s involvement with the awards, Mwela added that the education finance specialist understood the real costs associated with learners furthering their education and valued the opportunity to partner with the Department of Basic Education to ease the learners’ financial burden as they moved onto tertiary learning institutions.

“Education is critical for economic and social development in South Africa and helps learners and their families escape the cycle of poverty and become economically active citizens,” he commented.
He also stressed the importance of public/private partnerships in ensuring South Africa’s youth are educated.

“Such partnerships increase access to education, especially for those children living in poorer rural communities that are often underserved. We are committed to making education both affordable and accessible to all individuals looking to further their education in South Africa,” he concluded.

Commenting on the exceptional results achieved by 2015’s top learners, Minister Motshekga said that the department had worked hard at improving the standards of the examinations administered to the learners.
Since its inception in 1996, Eduloan has awarded more than 800 000 study loans valued at more than R4.5-billion, and continues to help thousands of individuals across Africa unlock their potential.