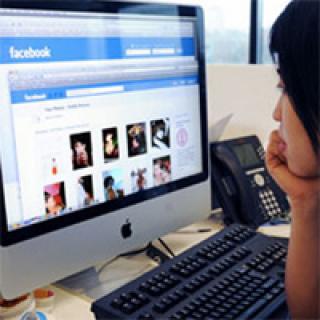 Social Media represents one of the most significant developments in human communication and has undoubtedly changed the way we interact and share information. Social media has become a prevailing presence in our lives, including the workplace, and therefore poses a significant risk to the reputational integrity of employees and employers, advises Legal Director, Advocate Tertius Wessels from Strata-g.

“We’ve already seen how social media rants and utterances can get people from all ethnic backgrounds into trouble. But, the reputation of a company may also be called into disrepute when an employee makes inappropriate, insensitive or racial comments or remarks on social media, even if it does not have anything to do with the employer.

“Even if you are posting something on social media in your personal capacity, outside of ordinary working hours or whilst using your own personal devices, if that post can be construed as inappropriate and a link can be drawn between that person and their employer, the employer has the right to take disciplinary action,” Wessels explains.

Each case has to be determined based on its own merits however, employees stand to lose more than just their jobs or reputation when the Prevention and Combating of Hate Crimes and Hate Speech Bill (the Bill) passes into law. The Bill provides that an act of hate speech is one which is perpetrated by an individual who intentionally publishes, propagates or advocates anything or communicates to any person in a manner which could reasonably be construed to demonstrate a clear intention to:

• Be harmful or incite harm; or

• Promote or propagate hatred based on any of the grounds which include but not limited to race, religion, sexual orientation, ethnicity, culture, gender or gender identity.

According to the Department of Justice and Constitutional Development, the Bill will:

I. Give effect to the Republic’s obligations in terms of the Constitution and international human rights instruments concerning racism, racial discrimination, xenophobia and related intolerance, in accordance with international law obligations.

III. Provide for appropriate sentences that may be imposed on persons who commit hate crime and hate speech offences.

“Guilty convictions come with a fine or three years imprisonment, or both for first-time offenders, whilst repeat offenders may be convicted up to five years or ordered to a pay fine, or both,” Wessels continues.

Critics have called the Bill unconstitutional, stating it infringes on the individual’s freedom of expression, which is enshrined in the country’s Constitution

But Wessels says, although the Constitution makes provisions for freedom of speech, the country’s laws are not absolute and need to be balanced against each other.

“Freedom of speech may be protected, but that protection does not extend to hate based on race, ethnicity, gender or religion. One has to look when talking about different people’s constitutional rights to which extent that constitutional right potentially impacts on someone else’s rights - namely the right to dignity.

“Employers, in looking to mitigate the possibility of harm or loss occurring as a result of employee’s comments or remarks should actively educate their employees on the company’s social media policies, and if none are in place move towards having such policies in place. Employers should also regularly conduct workshops on disciplinary codes, grievance procedures, as well as the use of social media and behaviour acceptable in the workplace. And employees should think long and hard before pressing ‘post/tweet,’” Wessels concludes.