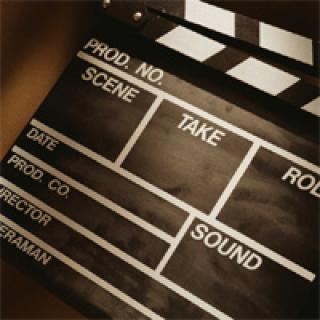 Communications Deputy Minister Stella Ndabeni-Abrahams says with SABC set to have 16 television channels as a result of the digital migration process, young people will be encouraged to take up careers in the media space.

She said this when she spoke at the Lusaka Community Hall in Nyanga on Friday during a graduation ceremony for 35 Western Cape learners who successfully completed the Film and Television Production Skills Programme.

The Deputy Minister said the graduation of the trainees comes at a time when the department was embarking on the much-anticipated digital migration project.

The training programme would address the issue of scarce skills in the media industry.

“It is important to us because as the department we have embarked on a programme to roll out digital migration...

“If we are talking about increasing [the] current three TV channels at SABC to sixteen channels it tells you that there’s going to be a need for scarce skills, there’s going to be a need for people to operate the camera, but most importantly it tells you that we are giving them an opportunity to be part of the value chain in the broadcasting sector,” she said.

During her 2015 Budget Vote, the Deputy Minister committed to training young people in online video software.

This commitment was realised through a partnership with MICT SETA and Atos, who then developed the six-month skills programme, an NQF level 5 qualification.

Addressing graduates and Nyanga residents, the Deputy Minister encouraged young people in rural areas to take part in the programme, promising that they would be given opportunities.

“As I’m speaking to you we are in a township in Nyanga, not in Claremont in Cape Town. In the Eastern Cape, we were [at the] Cicira Training College. We took lots of students from around rural areas … We are targeting those that are most vulnerable and in need.”

As the country gears up for digital television migration, the Deputy Minister said she is particularly interested in enabling youth from rural and disadvantaged communities to be part of the digital age and providing them with skills in media production is a step towards achieving this goal.

The Deputy Minister urged the SABC to also make use this opportunity and open up spaces for the graduates.

SABC Western Cape’s Andile Noganta said it is the mandate of SABC to transform the national broadcaster and give black people opportunities.

He said the public broadcaster is looking for local content, and encouraged graduates to produce content and work with the SABC to play that content on air.

Noganta said SABC would offer internships to the graduates. “Through partnerships with government communications, SABC will offer these students internship opportunities,” he said.

He said they would take on six to 10 interns and the closing date for applications is on the 30 November 2016.

One of the top achievers in the programme, Themba Monethi, thanked the Deputy Minister for initiating the training programme

In its pilot phase, the programme was rolled out in Gauteng, the Eastern Cape and Western Cape. The 2017 intake is envisaged to be extended to all other provinces.

Mandisa Matshoba, a Member of Parliament’s Portfolio Committee on Communications, urged the youth of Nyanga – an area notorious of its high crime rate - to stay away from crime and to use the opportunity to free themselves from poverty. – SAnews.gov.za