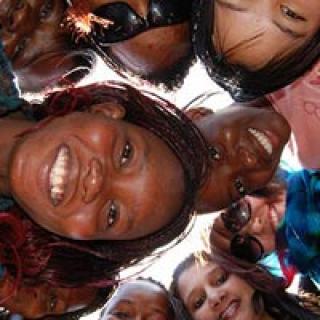 Government continues to make strides in empowering South Africas youth with the
necessary skills to move the countrys economy forward.

Government is investing in education and skills development because its the
most powerful weapons that the youth will need to enable them to run the country's
modern economy efficiently.

By end of March - government facilitated the placement of 3 159 youth, while a
total of 100 learners were recruited for mentoring on the environmental practice
learnership programme.

About 5 335 youth including those registered under the National Rural Youth Service
Corps (NARYSEC) were enrolled in skills development programmes.

This emerged during the Economic Sectors, Employment and Infrastructure
Development Cluster Briefing, which was led by Rural Development and
Land Reform Minister Gugile Nkwinti.

In addition, Minister Nkwinti reported that 1 562 graduates and students are
receiving structured workplace training while 6 097 artisans are registered for 2014.
"Through the youth brigades and public sector internship programmes we assisted 3
648 second-chance matric learners with tuition and tutoring services,' he told the
media.

Other progress that the cluster reported was the post-school education and
training sector.
A White Paper for Post-School Education and Training- has been published.

The White Paper provides for the establishment of community education and
training colleges that will primarily target youth and adults who for various reasons
did not complete schooling or who never attended school.

According to Minister Nkwinti, the process of identifying nine community
education and training colleges for piloting in 2015 has been completed.

"Offerings will be in collaboration with local authorities, sector education and
training authorities, community organisations and other government departments, as
well as industry'.

The Department of Small Business Development is also currently working with five
Youth Co-operatives in the renewable energy sector in collaboration with the
Department of Energy.

This is in addition to the provision of the technical support for the development
of the Rural Incubation Centres in KwaZulu-Natal, North West, Eastern Cape and
Limpopo in collaboration with the Netherlands Project Group Academy.

A total of 386 enterprises and industries were supported through rural
development, agriculture and tourism initiatives.

The services of 920 SMMEs were utilised in the implementation of the environmental
programmes.

Turning to the Expanded Public Works Programme (EPWP), the cluster reported
that the third phase of the programme has created more than 423 387 work
opportunities in the first quarter of the 14/15 financial year - against the annual
target of over 1 045 520 work opportunities.

This represents an achievement of 40% of the annual target.
In terms of Full Time Equivalents (FTEs), 59 705 FTEs were created in the first
quarter of the 14/15 financial year against the annual target of 420 952 FTEs.

The EPWP, which was launched in 2004, is a nationwide programme covering all
spheres of government and state-owned enterprises.

The programme provides an important avenue for labour absorption and income
transfers to poor households in the short to medium-term.

The EPWP employs workers on a temporary or on-going basis either by
government, contractors or other non-governmental organisations under the
Ministerial Conditions of Employment for the EPWP or learnership employment
conditions.

Since its inception, the EPWP has created a total of 5.5 million work
opportunities. - SAnews.gov.za