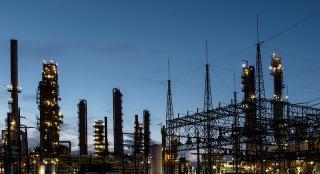 In a statement released on 16 March 2021, Eskom said loadshedding will be taking place from 05:00 on Wednesday until 05:00 on Saturday.

"Since Monday, Eskom teams successfully returned four generation units at Kusile, Grootvlei, Kriel and Matla, as well as the Cahora Bassa line from Mozambique. However, this has not been sufficient to suspend loadshedding at this point." said Eskom.

The power utility currently has 5 850 MW on planned maintenance, while 13 443 MW of capacity remain unavailable due to breakdowns and delays.

Eskom said it will remain committed to restoring the power system and making it more reliable.

However, loadshedding will remain a possibility going forward, as the system is restrained.

“There will be a shortfall in the supply of electricity of approximately 4,000MW over the next five years,” he said.

“As of 31 January this year, municipalities owed Eskom an amount of R35.2 billion, which is an unsustainable situation.”

The public has been urged to use electricity sparingly while Eskom works on repairing the power stations.

"Eskom requests the public to continue using electricity sparingly as the system remains vulnerable and unpredictable, we will communicate timeously should there be any significant changes to the power system."