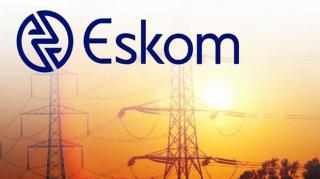 Eskom has warned residents of possible load shedding on Thursday evening, which is also likely to persist throughout the weekend as demand for electricity peaks.

The power utility has since urged the public to reduce electricity usage.

“While Eskom is working hard to return generating units to service, the possibility of load shedding during the peak demand hours is high,” Eskom spokesperson, Sikhonathi Mantshantsha said, adding that the power generation system is severely constrained.

Also, a generation unit at the Tutuka power station tripped, while another one has been taken off the grid, as well as a unit at Lethabo.

“The return to service of a generation unit each at Duvha and Kendal power stations have been delayed.”

Mantshantsha said this has added significant pressure to the generation system.

“Any additional breakdowns will compromise Eskom’s ability to supply the country through the peak demand period from 5 pm to 9 pm. This constrained supply situation may persist through the weekend.

“We urge the public’s co-operation in managing demand to help us avoid load shedding and supply the country’s demand through the peak periods,” Eskom pleaded.