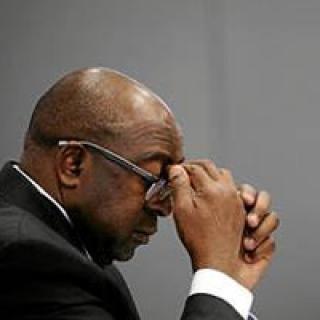 Revelations by former Finance Minister Nhlanhla Nene on his meetings with the controversial Gupta family sparked outrage among South Africans and was met with calls for his axing. In his testimony to the Zondo Commission on State Capture, the former Minister was faced with the stark outcome of his ethical decisions. His resignation and replacement as finance minister by former South African Reserve Bank Governor, Tito Mboweni was unavoidable for a country grappling with rebuilding its reputation.

For managing director of Reputation Matters Regine le Roux, the question of ethics in leadership in any organisation boils down to the practice of instilling ethical behaviour into the DNA of an organisation. “The leadership of an organisation (or country) sets the example of how things need to be done. When measuring corporate reputations among South Africa’s private and public organisations, we look at ten core building blocks; corporate management is one of the first elements interrogated when it comes to assessing an organisation’s reputation.”

“To rebuild the reputation of our country we need to laude President Ramaphosa for taking quick action in this matter; continuing to fight against corruption needs to remain top of his priority list as he indicated during his state of the nation address, walking his talk on this issue is crucial,” adds le Roux

The other key element that played a crucial part in this saga is strategic alliances; your reputation is impacted by the company you keep. Even though there is no evidence of any wrongdoing from the meetings conducted at the compound between Nene and the Guptas, but purely by association and lessons that we have learnt from other similar meetings, the worst case scenario is automatically assumed.

Why are reputations so important to treasure? “As a leader your organisation and in this case, country’s positive reputation has a direct impact on the bottom line and a country’s foreign investment opportunities.”

Taking a look purely at a corporate level, if your business has a positive reputation, people will want to work for you and buy your service or product. You will attract top talent, which in turn will impact the level of service or products that people will be willing to pay a premium for, so that they can be associated with your brand.

At Ethics Monitor, Managing Director Cynthia Schoeman believes we all have a built-in radar of right and wrong and has coined the term “Ethics Activism” when referring to the role organisations should play in managing ethics within a company.

Schoeman adds, “Ethics are non-negotiable. It warrants that ethics is included as an important goal that is actively managed, supported and recognised. Expecting on-going ethical conduct without such meaningful engagement with employees is frankly wishful thinking. Given the range of challenges and improper personal agendas that can arise, regular engagement is necessary to ensure employees’ understanding and to maintain their commitment to ethical practices.”

le Roux maintains that an organisation needs to be ruthless about looking after their reputation especially because of the impact it has on the health and bottom line of an organisation (or country). “Simply put, leaders set the example and values need to be non-negotiable”.

Reputation Matters is hosting a reputation management master class in Cape Town from 12 to 16 November 2018. Join our well-established industry experts as we discuss some of the most important reputation building blocks any organisation should have in place.