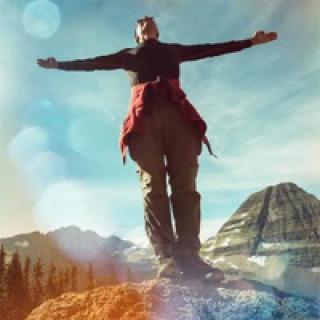 This article is a fourth draft. The first version was not good enough; neither were the second and third versions! Only, as a result of honest feedback and hard work, did it finally get its stamp of approval. Each version, albeit imperfect, was an improvement on the previous one, as the writer kept going until the article met the client’s requirements. This process, known as iteration, is one in which repetition, failure, feedback and improvement brings one successively closer to the desired result. For entrepreneurs, iteration means taking your product or service to market, even if it is not perfect, learning from the feedback and failures, and going back for more.

The quote “failure is not an option” was popularised by the movie “Apollo 13”. It suggests that, in order to succeed, one must avoid failure. This is not a good lesson for life; it is an even worse lesson if you choose to start and build a business! It is crucial for entrepreneurs to see failure, not as the opposite of success, but as an inevitable part of the journey towards success. It is only failure if you don’t pick yourself up again, and learn and grow from your mistakes. As in the writing analogy above, the key lies in learning to accept feedback and implement changes based on the feedback. While failure may be scary, it provides the impetus that spurs entrepreneurs towards improvement and growth.

Failing often, and an acceptance of failure as an inevitable part of the process, and then rising stronger, is the premise on which the ENGEN Pitch & Polish workshop and competition programme is built. Now in its eighth year, the programme gives entrepreneurs the opportunity to fail - but not give up - as they get constructive feedback, and the opportunity to give their pitch another go. Sponsored by Engen Petroleum, in association with Nedbank, Raizcorp and media partners, SAfm and Caxton Local Media, ENGEN Pitch & Polish is in pursuit of South African entrepreneurs, brave enough to pitch, fail, take feedback, and stand up again – all in an endeavour to perfect their business pitch, attract funding and grow their venture.

Conceived by Allon Raiz, the CEO of Raizcorp, described by The Economist as “Africa’s only genuine incubator”, ENGEN Pitch & Polish combines the unique elements of workshop and competition – not only do all audience participants learn, they also get to give feedback to the contestants. “Accepting the inevitable failures, that accompany the journey towards success, is a prerequisite for growing a business. Being an entrepreneur takes courage; you can’t be afraid to fail!” explains Raiz, “Embrace it, as it could be the springboard to your success,” he continues.

An entrepreneur, with a polished pitch, has a greater chance of success, and attracting investment, than one who has not taken risks, made mistakes - and come back better than before. This year’s programme kicks off in Rustenburg on 2 September and will be hosted around the country, culminating in the exclusive finale, which will be held in Johannesburg on Thursday 30 November 2017.

For a list of this year’s workshops, and to experience the magic of ENGEN Pitch & Polish for yourself, visit www.pitchandpolish.com or SMS 43719.