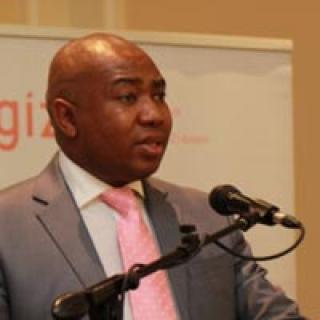 Construction for the Further Education and Training (FET) College campus in
Sterkspruit, in the Eastern Cape, is set to commence in April.

"All those who were awarded tenders are working on plans to start indeed
in April so that there are no further delays,' said Deputy Minister of Higher
Education Mduduzi Manana.

The college is part of the 12 new campuses in the country being built in the
rural and vulnerable areas. The 12 new FET campuses will be located in Msinga,
Umkhanyakude, Nkandla, Sisonke and Muden in KwaZulu-Natal; Balfour in
Mpumalanga; Thabazimbi and Giyani in Limpopo; and Aliwal North, Graaff-Reinet,
and Lusikisiki in the Eastern Cape.

Once completed, the campus will accommodate about 650 students.

The college will focus on engineering courses, which Manana says is a critical
skills field, which will make a positive contribution to the South African economy.

During the construction, Manana said the contractors who were awarded
the tenders, have been encouraged to employ young people and subcontract
small businesses from the area.

"But beyond the construction, we have said the people who are employed
by this college must be locals. We are expecting the campus to create a number
of jobs for the locals.development must be centred in the area.'

Locals have welcomed the construction of this college, saying it will greatly
improve their lives as they have had to further their studies at other provinces.

"We won?t have an excuse about going to further our education, because
the college will be right at our door step,' said Ntombekhaya Ntenzane. -
SAnews.gov.za