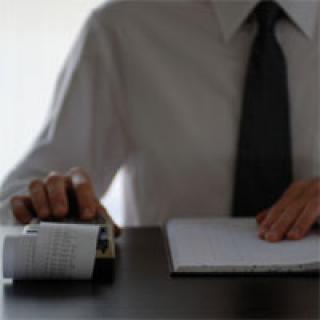 The 2013/14 general report released by the SA Auditor General highlights that a lack of financial knowledge hampers government success.

There is an urgent need for better financial knowledge and application in government. While the 2013/14 general report issued by the South African Auditor General, Kime Makwetu in November 2014 shows a marginal improvement in the audit outcomes of both the national and provincial government departments over the past year – the report indicated that 72% of audited departments failed to comply with financial requirements.

Makwetu has called on government accounting officers to strengthen their focus on the basic disciplines of financial and performance management in order to drive better performance in 2015.

“Finance is not only about numbers – it is also about understanding those numbers,” explains head of the College of Accounting at the University of Cape Town, Professor Mark Graham.

“You will not understand your business – whether that be a small entrepreneurial venture, a department in a multinational or indeed a government department - until you understand what the numbers are telling you. You need to be able to examine the financial health of the organisation, identify problems and inefficiencies and contribute towards improving financial performance,” he says.

Professor Graham, who also convenes the Finance for Non-Financial Managers programme at the University of Cape Town Graduate School of Business (GSB), says it is becoming increasingly important that those in leadership positions in companies, corporations and government have some financial knowledge.

“It is not enough to think that if there is a financial director or accountant, you are sorted. Basic financial literacy can help identify and improve performance and identify possible red flags which could help non-financial personnel detect corruption and prevent serious situations from getting out of hand,” he says.

Graham says a lack of financial literacy throughout government is mirrored in SA society at large. According to Columinate’s Financial Jargon Survey, almost 50% of South Africans don’t know what a budget is and only 30% could correctly identify the meaning of equity.

“If you want to know why your income statement shows a profit, but all you have to show for it is an overdrawn bank account, you need to empower yourself by understanding some basic financial principles,” Graham says.

He says this forms an integral part of the GSB Finance for Non-Financial Managers programme, which begins in March 2015. During the programme participants are given the tools to analyse cost behaviour and financial performance and will participate in creating a financial plan, as well as gain the knowledge and confidence to contribute to creating value within their organisation.

Graham says the course is specifically designed for non-financial people from any sector, those responsible for meeting budgets and containing costs, and for anyone wanting to understand the key drivers of performance in organisations. “It makes the language of accounting and finance accessible and easy to understand,” he says.

“No prior exposure to accounting or finance is necessary in order to benefit from this type of education,” says Graham. The course is aimed at for non-financial people from any sector. Richard Branson, Bill Gates – these are successful businessmen who aren’t accountants, but I can guarantee they’ve always understood how their money is being spent.”

END_OF_DOCUMENT_TOKEN_TO_BE_REPLACED

Every workshop kicks off with these words….. WHY?