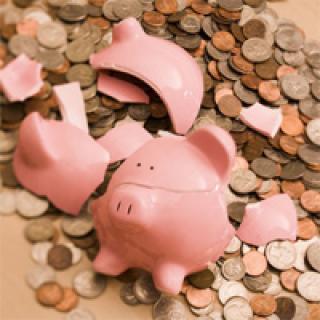 “Their long-term success lies in the clarity of the clients they are serving. There are always costs in dealing with a client who lacks clarity,” said the Deputy Minister.

Gungubele was addressing the launch of the Money Smart Week initiative at the Financial Sector Conduct Authority (FSCA) premises in Pretoria on Friday.

Championed by National Treasury, with the Minister of Finance (Nhlanhla Nene) as its patron, the Money Smart Week South Africa (MSWSA) initiative is a public awareness campaign aimed at bringing financial education and literacy to people at grass roots level. This will be done through bringing informed financial advice from qualified professionals to the people.

The objective of the MSWSA, which will run from 8 -12 October, is to enable South Africans to take control of their finances and safe guard their future.

Gungubele said it is important to promote clarity between clients and service providers so that consumers do not end up taking decisions in the dark.

“This is a major contribution,” he said of the initiative, adding that it is vital to also train service providers to know that “their long term successes lies in the service of an educated client”.

Planned activities for the MSWSA include free educational workshops, talks at community centres, exhibitions, as well as information hubs being set up at petrol stations and malls, among others.

The initiative has chosen Gauteng as its pilot province, with the focus on four main areas namely Mamelodi, Alexandra, Tembisa and Soweto. The province has been chosen as the pilot, given the fact that it’s the most densely populated province and is home to South Africa’s financial hub.

Gungubele said South Africans need clarity on the financial sector because bigger numbers of people are going to participate in the economy through entrepreneurship.

He said understanding the financial sector will help business thrive and boost the economy.

“It will boost our economy and increase participation in our economy, and businesses will thrive… Once our people are clear about [finances and the relationships that protect it], they [have the] boldness and confidence to invest because they believe the possibility of returns. That can only come from clarity,” said the Deputy Minister.

The initiative follows the February 2018 Budget Review that placed emphasis on building a financial services sector that serves all South Africans. At the time, the document stated that the MSWSA initiative will be piloted to help South Africans to make sound financial decisions.

Also speaking at the launch, the FSCA’s consumer education head of department, Lyndwill Clarke, said the idea for starting the initiative began over a year ago, as statistics had shown that consumers are battling to save.

“The ability to save has taken a dip,” he said.

It is envisaged that the initiative will become a national event taking place on an annual basis.

Launched in April by Minister Nene, the FSCA replaced the Financial Services Board and will supervise how financial institutions conduct their business and treat customers.