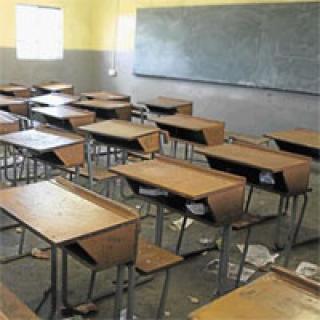 South Africa’s public schooling system is riddled with problems. Drop-out rates are high, pupils lack proper support and mentoring, and the transition from school to tertiary education is often overwhelming. But what happens when universities, NGOs and schools work closely together to address these issues? The Conversation Africa’s Natasha Joseph spoke to Professor Di Wilmot about an initiative in Makhanda (formerly Grahamstown) to improve the outputs of the small town’s public schools.

What’s the situation in public schools in Makhanda?

There is starkly unequal access to quality education. Most children attend dysfunctional no-fee paying public schools. Statistics show that fewer than one in ten black learners from no-fee paying schools leave with a good quality matric (the final year of high school) pass – the kind that would provide access to university.

Many drop out of school before reaching matric and are condemned to a life of despair in which there are few opportunities and prospects. Makhanda has a population of about 82 000 people and an unemployment rate of around 25.5%.

To try and change this trend, Rhodes University launched an initiative in 2016 consisting of a number of projects targeting different levels of education.

At the secondary level, it works with three schools whose pupils are exempted from paying fees. That’s because they come from extremely poor backgrounds – which is true for most of Makhanda’s residents.

What’s the impact been?

In 2018, the programme worked with 170 Grade 12 pupils. Each one was linked to a highly trained Rhodes student volunteer.

The results have been remarkable.

One of the schools, Ntsika, was rated third in the district.

What’s being done to help students make the transition to university?

Rhodes works with a school that offers pupils who passed matric but want to improve their results a chance to do so. Called Gadra Secondary School, it produces over 100 Bachelor passes annually and is Rhodes University’s largest feeder school.