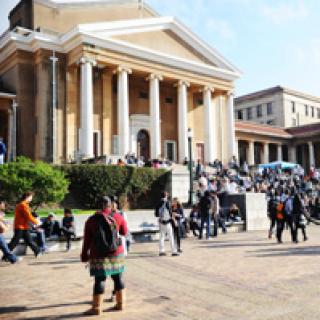 Almost 50 years after submitting his Master of Laws (LLM) degree thesis and had it refused because it quoted a banned person, Professor Raymond Suttner – an academic and former political prisoner – will finally graduate at the University of Cape Town after the institution invited him to re-submit his previously banned thesis.

Professor Suttner is currently a visiting professor and strategic advisor at the University of Johannesburg’s Faculty of Humanities. He is scheduled to graduate on 14 December after he resubmitted his thesis for examination through the intervention of Professor Dee Smythe, Professor of Public Law at UCT.

In 1969, Professor Suttner submitted his LLM thesis in Legal Pluralism in South Africa. He however quoted extensively from Jack Simons, who was banned as a listed communist, resulting in his then supervisor instructing him to remove the quotes prior to examination as Simons could not be quoted as a banned person. He refused to remove the quotes and instead withdrew the dissertation.

Professor Smythe says she learnt about Professor Suttner’s story in his book, titled Inside Apartheid’s Prison.

“In the book are a few lines referring to his registration at some point for an LLM in the UCT Law Faculty. I started digging and found a CV that listed a 1969 thesis on Legal Pluralism in South Africa, with a note that it had not been submitted for examination. Talking to Prof Suttner about this, I learnt the details of why his LLM dissertation had not been submitted… It seemed to me, for a whole range of reasons, that this was an injustice that we – as a faculty and university – should recognise and remedy,” says Professor Smythe.

Professor Smythe approached her faculty, which was “fully supportive of remedying what they too saw as a grave injustice”.

“We proposed to Prof Suttner the course of action that we subsequently embarked on. At the time Prof Suttner was actually not sure if he still had a copy, and it took about five months for him to find it. It had been hand-typed on manuscript paper and was delivered to us in hard copy in early 2018.

“We were all very clear that the dissertation must stand on its own merits, meeting the criteria for the degree. Prof Hugh Corder [acting Dean of Law] and I read it and were both very impressed with the breadth and rigor of the work. We felt that it would certainly stand up to the scrutiny of examination. In fact, it has remarkable contemporary resonance,” says Professor Smythe.

In the preface of the re-submitted work, Professor Suttner writes: “While I do believe that it is correct to remedy what was done under the law applicable in 1969, I want to make it clear that I see it as having implications beyond my early academic career.

“When Donald Molteno QC refused to examine a thesis that contained quotations from a banned and listed individual, Jack Simons, he acted in conformity with what he believed, in good faith, was required of him as a representative of the university. I do not bear any ill-feelings or grudge for what he did, because I know that his actions then, as in other moments of his life, as when he was a leading liberal and a counsel in the famous Coloured Voters Case, reveal a deeply principled person,” he says.

Almost 50 years later, Professor Suttner explains the rationale behind his decision to withdraw the thesis. “I was also a liberal at the time and my understanding of my liberalism was that I could not write anything where I claimed credit for ideas without acknowledging these. For that reason, I believed I had no choice but to withdraw the thesis”.

He says the major injustice that the submission of the thesis may help to remedy is that it will contribute towards fuller recognition of the work of one of South Africa’s greatest scholars that was so long erased.

“This work extended beyond African customary law and covered many disciplines. At Simons’s memorial service in St Georges Cathedral in 1995, Constitutional Court Judge Albie Sachs referred to him as one of the great teachers of the 20th century. Many former students and scholars, of all political persuasions will bear testimony to this.

“But for me as an emerging scholar at the time when this thesis was presented, he was also a great mentor, without whose support I may not have written anything. For that I (and I am sure many others) remain very indebted," he says.

UCT recognises that the institution’s heritage – like our country’s – is not only about celebrating our proudest moments but also acknowledging the instances where the university has participated in unfairness and remedying these.