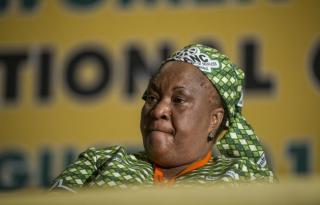 The MEC for Health, Montseng Tsiu along with the Director-General (DG) in the Free State Provincial Government, Kopung Ralikontsane, also tested positive over the weekend.

According to the provincial government, the Premier - who received the results of her test on Tuesday - will continue working while in isolation, either until she has fully recovered or advised otherwise by doctors.

In the meantime, the MEC for Cooperative Governance and Traditional Affairs (COGTA), Thembeni Nxangisa, will be the acting MEC for health.

The Deputy DG for Policy, Planning and Governance, Thuso Ramaema, will be standing in for Ralikontsane from the 12th to the 26th of October 2020.

The province warned its residents that the fight against Covid-19 is far from over.

“Although we have made progress in curbing the spread of the virus, it has not been eliminated and thus, people must continue to exercise extreme cautiousness.

“We urge others to be responsible and accountable for their actions. Our ultimate challenge now is that there are communities, which are no longer adhering to regulations and observing the necessary protocols, which is putting the lives of citizens in danger,” said Ntombela said on Wednesday.

She also reminded South Africans that in some cases, there are people who contract the virus but are asymptomatic, meaning that they don’t have any symptoms.

In cases such as this, the patient could unknowingly infect others.

“Our most important duty now in dealing with this pandemic is to ensure that we do not experience a new, rapid surge in infections, which will result in the second wave.”

The Free State’s government once again urged its residents to keep taking the necessary precautions such as washing their hands regularly, sanitising frequently touched surfaces, wearing a mask when in public, and keeping at least a 1 m distance from others while in public.

The province has also called on people to protect those who are most at-risk, such as the elderly and those who suffer from comorbidities.

The province said the safe and free government quarantine facilities are still available in the province for those seeking isolation.