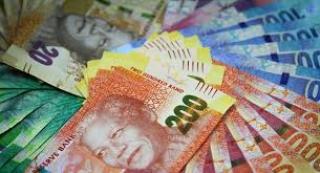 Makwetu said this when he released the report on the audit outcomes for municipalities for the financial year that ended in March 2019.

“And this is expenditure that is incurred in vain that could have been avoided. However, if there were no proper systems of control, some of the expenditures are picked up after they have been incurred,” he said.

According to the report, which is on the Auditor-General’s website, over the three-year period, R4.27 billion of government expenditure was fruitless and wasteful.

In total, 91% of the municipalities did not comply with legislation. The outcome is similar to the previous year and slightly higher than the 85% in 2016-17.

The report cited a lapse in oversight and lack of controls relating to compliance in a number of areas, including supply chain management.

It also pointed to a regression in the compliance with supply chain management legislation since 2016-17.

The Office of the Auditor-General remained concerned that only 2% of the municipalities were fully complying with legislation, despite all the reporting and the number of red flags that were raised.

“The levels of unauthorized expenditure are still high, where the levels of budgets that were agreed often exceeded, either because there were no plans for some of those projects that were implemented or the estimates that were made in the beginning tend to be much lower than the actual expenditure that has been incurred.”

Meanwhile, irregular expenditure increased to R32 billion during the period under review.

According to the Auditor-General’s report, irregular expenditure increased to R32.06 billion from the R25.2 billion reported last year.