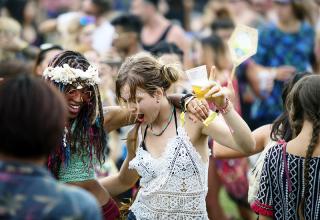 Live events will be taking a backseat this festive season in the Garden Route. The Western Cape has been trying to save lives but around 100 000 jobs have already been lost in the live events industry.

Glenton de Kock, CEO of the Southern African Association for the Conference Industry said live entertainers and live event organisers will be affected.

"Most of our coastal cities and towns have cancelled large gatherings or live events. It's really been a devastating blow, but one understands that throughout the pandemic we had to manage the saving of lives,"

He said event organisers and associations have put safety protocol in place, in line with the Covid-19 regulations.

"We will continue encouraging the areas within South Africa that will still be allowed to have events to ensure that they are strict in adhering to the protocol," said de Kock.

The live events sector could take 18-24 months to recover from the setbacks caused by the lockdown. de Kock said this progress will most likely happen slowly and it could already be too late for some businesses who will soon be forced to shutdown.

He has encouraged businesses and people to follow restrictions during the festive season.

"We can gather, we can have a good festive season but we also have to be responsible in understanding that in some instances, we're not going to have the freedom that we had before...We must ensure for our country and our economy that by doing those things we can still keep the economy moving, " said de Kock.

The Garden Route faced a 52.1% increase in Covid-19 cases in the last week of November. The resurgence in cases made the Western Cape Premier, Alan Winde declare the Garden Route a hotspot.

“A resurgence is when the number of active cases increases, week-on-week, by more than 20%."

Hospital admissions in the private and public sector have also increased in recent weeks. Critical care admissions alone have increased by 75%, leaving officials in the province concerned about the rate of hospitalisations .

“This is particularly concerning, as an admission to a critical care unit is an indication of severe illness that might lead to death,” said Winde.

The Premier has called for people to follow regulations and report violations during the festive season.

“We also cannot afford a lockdown again, as is being witnessed in many European countries right now. Our economy simply cannot afford it. A lockdown would kill jobs and cause our humanitarian disaster to worsen. This will also cost lives in the future,” he stressed.