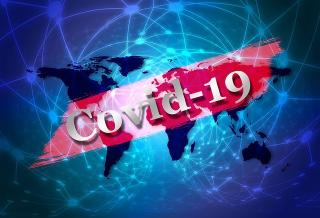 The Gauteng Department of Health is concerned about the 6% increase in the number of active Covid-19 cases in the province since the country moved down to Alert level 1 of the lockdown on 21 September 2020.

“The rise in infections has been attributed to among other factors to non-adherence to non-pharmaceutical interventions by some members of the public,” the provincial department said.

Johannesburg’s hotspots include its Inner City, Soweto, Sedibeng and Tshwane.

“It is important that we emphasise to the public that the fight against Covid-19 is far from over. We want to caution communities that we need to continue adhering to non-pharmaceutical interventions,” said Gauteng acting MEC of Health, Jacob Mamabolo.

Mamabolo called on everyone to continue wearing facemasks, washing their hands and practising social distancing.

The department reports that 1 200 people are currently hospitalised in public and private health facilities while the country as a whole recorded 903 new cases in the last 24 hours, bringing the total number of cases in SA to 672 572.

In addition, 81 more people succumbed to the respiratory disease pushing the death toll to 16 667.

Of the latest deaths, 28 are from Gauteng, 11 from KwaZulu-Natal, 10 from the Northern Cape, eight from the Eastern Cape and the North West, six from the Western Cape, and five from Limpopo and Free State.

“We extend our condolences to the loved ones of the departed and thank the healthcare workers that treated the deceased patients,” said Health Minister, Dr Zweli Mkhize.

Globally, there have been 33 249 563 confirmed cases of COVID-19, while the death toll has now surpassed 1 million, the World Health Organization reported.