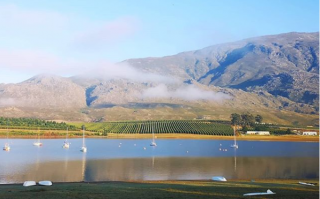 The Department of Water and Sanitation has urged Gauteng users to reduce water usage to a bare minimum as the Vaal Dam continues to be constrained and dam levels decline week-on-week.

The department warned that the drop in dam levels could spell a serious situation if water consumers do not heed the call to use water cautiously during this dry, winter season.

“The levels of the Vaal Dam are reaching critical levels week-on-week and this requires everyone to save water as much as possible,” said the department in a statement.

The department stressed the importance of responding timeously to leaks and wastages to minimise losses.

A major dam in the Integrated Vaal River System (IVRS), the Vaal Dam dipped to even lower levels this week when it declined from last week’s 43.4% to 42.6%.

This, according to the department, indicates that the dam has been hovering under stress for some time, a situation which is now worsened by the dry winter season.

The Grootdraai Dam continues to stand firm at 81.4%. This is, however, down from the 82.4% at which it stood last week. Both these levels are healthier when compared to the 66.8% the dam was at during the same period last year.

For a third consecutive week at 93.9%, the Sterkfontein Dam located in Free State sits in a strong position. During the same week last year, the dam levels were at 92.4%

The Bloemhof Dam, which is firmly at 99.5%, has seen an upswing this week as it increased from 99.3% last week and looks set to rise to the full capacity of 101.4% it saw last year at the same time.

The Mohale Dam in Lesotho presently sits at 8.0%, recording a fall from last week’s levels of 8.5%. The dam has been at a concerning state ever since last year during the same week when it was at 33.2%

With its levels slipping further down weekly, the Katse Dam, which is also located in Lesotho, is in dire straits this week. The dam declined from 31.6% last week to 31.0% this week. If the levels of the dam are anything to go by, it looks set to remain in a critical state for some time to come.

The Integrated Vaal River System (IVRS) declined from 63.7% last week to the present 63.3%. The system remains lower when compared to 69.5% at which it stood in the same period in the preceding year. The IVRS consists of 14 dams that are vital to several provinces.

Meanwhile, the Department of Water and Sanitation in KwaZulu-Natal has ramped up its efforts to supplement water supply shortages in the province as dam levels continue to show a week-on-week decline.

According to a Water and Sanitation National Command Centre (NCC), a progress report issued by Rand Water said a total of 4 200 water tanks have been dispatched to various municipalities thus far.

The department and its entities had earmarked to deliver a total of 4 211 water tanks and this means that there is a shortfall of a mere 11 water tanks that still needs to be delivered.

Of the 4 200 delivered water tanks, 3 026 of them have already been installed and are currently in use. Adding to this, the targeted 639 water tankers have been delivered to assist with refilling the tanks as a way to assist communities experiencing water supply challenges.

Meanwhile, the provincial dam storage capacity has slightly decreased from 59.8% last week to 59.4% in the current week. When compared to a similar period last year, the average storage capacity was 61.1%.

The Albert Falls Dam on the Umgeni River just outside Pietermaritzburg has declined further from 39.8% last week to 39.2% this week. The Pongolapoort Dam in Northern KwaZulu-Natal is this week at 42.4% from last week’s 42.5%.

“We implore KZN residents to use water with care as we work towards implementing long-term measures to address water supply challenges in many parts of the province,” said department spokesperson Sputnik Ratau.

“The uMkhomazi Water Project is amongst the top 10 mega projects we will be implementing countrywide, as announced by Deputy Minister David Mahlobo during the department’s Budget Vote last week,” Ratau said.