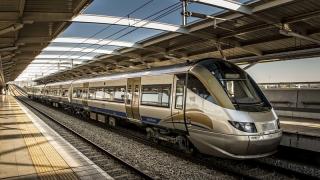 The standard Gautrain train service will resume its regular schedule on Friday following the end of a 10-day wage protest.

National Union of Metalworkers of South Africa (NUMSA) signed a wage proposal with the employer.

The Gautrain management said it was pleased that the workers’ strike has ended. The strike began on the 5th of October following wage negotiations that deadlocked between the Bombela Operating Company (BOC) and NUMSA.

“NUMSA and BOC, with the support of the Commission for Conciliation, Mediation and Arbitration (CCMA), have found a way in which the company’s offer of 4.1% can be supported, with employees in the lowest salary bands being better protected through this difficult period,” Gautrain's management said.

NUMSA says that the signed wage proposal was brought forth by the management of the BOC.

“On Monday, the management of Gautrain made a proposal, which our members have accepted,” said NUMSA General Secretary, Irvin Jim.

According to the union, BOC has agreed that lower-income earners pocketing up to and including R8 500 per month will receive R900 per month increase.

The increase will be backdated to the beginning of July 2020.

“We welcome the signing of the agreement, particularly as the increase which has been secured benefits the lowest-paid workers.

“If workers had received a 4.1% increase, it would have meant that the lowest-paid worker would only get R348 increase, compared to an increase of R900 per month, which we secured, and in reality translates to more than 10% increase.

“Because of their courage and the sacrifices they made by embarking on strike action, all workers at Gautrain have received an increase in their salaries,” said Jim