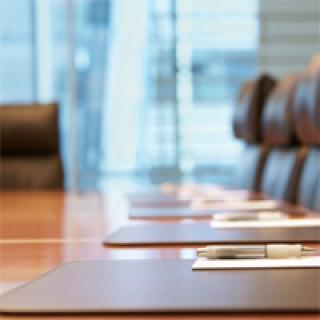 The year so far has been a good one for South African companies on the gender transformation front, with statistics seemingly moving in the right direction for the first time in recent history, and notable appointments of women to top leadership positions. The good news stories are not the full picture however, as too many companies still battle to effect meaningful and sustainable change in the gender makeup of their top leadership teams, an expert says.

“The appointment of two black women to the CEO positions of two heavyweight SA companies was a noteworthy demonstration of corporate South Africa’s commitment to gender transformation. This is positive news, particularly in light of statistics that show women landing 52% of senior leadership roles in 2018, overtaking men for the first time since 2015,” says Advaita Naidoo, COO of Jack Hammer, Africa’s largest independent executive search firm with offices across the continent as well as Los Angeles.

Given the fact that the data* further showed that 2018 was not an outlier, with appointments of women consistently rising year-on-year from 26% in 2015, to 32% (2016), 38% (2017) and ultimately 52% last year, the perception might be that the transformation item on the to-do list of SA companies is now well and truly ticked, and that attention can move to more pressing concerns.

“Unfortunately, although the big picture looks positive, the devil is still there in the detail, and we are seeing too many companies still struggling to find great female leaders for their top teams, despite their best intentions and desire to do so,” says Naidoo.

“Make no mistake, the commitment is there, but when it comes to execution, many companies are still wide of the mark. In particular, when you look at their leadership pipeline, the odds that they will be in a position to appoint a woman in one of their most senior positions are still way too slim.”

Naidoo says there are two indicators of a company’s potential to effect meaningful gender transformation, namely having women in strategically influential executive roles, as well as strong female representation at non-executive board level.

“To use a sports metaphor – you can’t score runs if you don’t swing the bat. Translated, this means that if companies are truly motivated to try to shift the needle on the gender demographic when it comes to CEO and senior supporting roles, they have to start populating their executive teams with a sufficient number of women in relevant roles. In other words, don’t wait until a position opens up to start searching for the leader. Instead, make sure you have the leaders lined up and ready to step in when the position opens,” says Naidoo.

END_OF_DOCUMENT_TOKEN_TO_BE_REPLACED

GradCampus.com is part of the SCRS Group. The Group was founded in 2005 and specialise in education, e-learning and learning technologies.