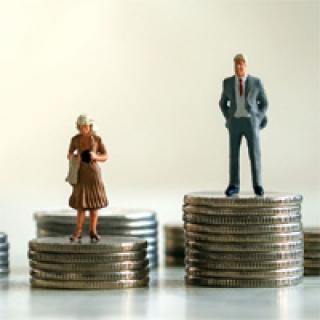 The World Economic Forum’s most recent Global Gender Gap Report concludes that the gender gap in pay, participation and leadership is widening for the first time since 2006 after a decade of slow but steady progress. Paradoxically, this trend is occurring even while many governments are doubling their efforts to narrow the gender pay gap.

According to Baker McKenzie’s report - The International Response to the Gender Pay Gap - it has long been unlawful to discriminate in respect of employment decisions or to pay women less than men for doing the same job in numerous jurisdictions around the world, including in South Africa. But since these equality laws have failed to close the gap in earnings between men and women, governments and NGOs are looking at new ways to drive change.

The report notes that there is no single approach to regulation in this area. The UK and Australian governments have recently focused their efforts on representation and the gender pay gap, requiring employers to publish data about the difference in average pay between men and women. In the UK, gender pay gap data is made available for public use, whereas in Australia the government publishes aggregated pay gap data from which individual companies cannot be identified.

There are no formal requirements in South Africa to publish gender pay information. However, section 27 of the Employment Equity Act requires designated employers, being employers who employ more than 50 employees or meet a certain annual turnover threshold specific to their threshold, to report income differentials across both race and gender groups. This, however, is a confidential document submitted to the Department of Labour in terms of which we have seen no action taken by the Department pursuant to any gender pay gaps.

The Employment Equity Act does cater for the prevention of unfair discrimination. However, only in recent years does it cater for inequities arising out of differential pay.

Section 6(4) of the Employment Equity Act (EEA) outlaws differences in employment conditions that are based on any of the prohibited grounds of discrimination, including gender and sex, where the employees perform the same or similar work or work of equal value. The employer's ability to differentiate on employment conditions - notably salary and other contractual benefits - are not encumbered by the EAA. However, employers must be able to prove that any differentiation falls within the recognised justifications set out in Item 7 of the regulations published in terms of the EEA. For example, an employer is able to pay one Human Resources Manager more than another based on justifications such as experience, qualifications, job performance, competence, and/or scarcity of skills. In fact, as long as the differentiation is not discriminatory, an employer is justified in remunerating, or otherwise treating employees doing the same thing differently.

Regulation in this area is also expanding across North America, Europe and Latin America. While little regulation currently exists throughout APAC, Australia is a world leader in this area. In the last few months alone, Iceland (already ranked amongst the highest in the world for gender parity) has introduced new legislation requiring employers to certify that they pay employees equally for equal work, the French government has revealed plans to fine companies that do not close unjustified pay equity gaps within three years, Ontario has proposed new pay transparency legislation and Peru has introduced new equal pay legislation.

The report outlines how the topic is gaining momentum, and the expectation is that regulation will continue to increase. It is particularly worth watching out for the more stringent types of regulation being introduced in jurisdictions which are already leading the field, as governments look to build on existing legislation and step up efforts to move the needle. Regulation is unlikely to be globally consistent, even within the EU, leading to a complex patchwork of regulatory requirements with which multinational employers need to comply.

The report notes that beyond the need to comply with regulation and the desire to do the right thing, companies have other reasons to address their gender pay gap.

First, there is a recognized link between gender diversity and the bottom line. Several studies have demonstrated a correlation between a company’s performance and the gender diversity of its leadership teams. Correlation does not mean causation. Nevertheless, it is broadly accepted that the connection holds true.

Second, there is a relationship between addressing the gender pay gap and winning the talent war. Workers (particularly millennials and generation Z) have made it clear they want to work for employers that are purpose-driven, value diversity and inclusion, and pay fairly.