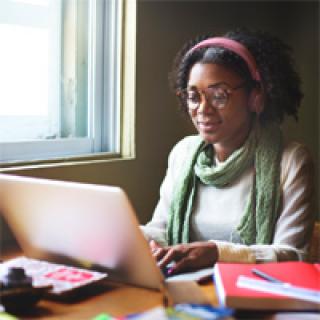 It is a well-known fact that there is a serious skills shortage in South Africa and in an attempt to combat this, Samsung South Africa provides various programmes set up to address this need.

“In November 2015, Samsung South Africa initiated its Samsung Women Technical Programme, where twenty female students from previously disadvantaged backgrounds were chosen from a group at the Samsung Engineering Academy in Ekurhuleni. They had already undergone training on Samsung’s products and appliances and were then selected to further their skills in smartphone repairs,” says Richard Chetty, Director of Services at Samsung South Africa.

Of the twenty, sixteen have been certified and now work at Samsung Service Centres. “Besides giving these women a valuable life skill, we wanted to encourage them to consider a career in an industry that has been predominantly male dominated,” he continues.

Last year the company expanded its programme to include females from grades eight to ten that will be taken through a three year theory course combined with a six month practical course. The idea behind this project is to give the women a solid life skill that will enable them to be more employable.

“We don’t just want to train young women, we want to ensure that their hard work pays off by assisting them from grassroots level all the way to finding employment – or even better, open up their own businesses and in turn employ others from disadvantaged communities,” he adds.

In keeping with gender equality, Samsung also launched its Boys to Men programme this year, which works similarly to the Samsung Women Technical Programme, except that it focusses on young men in rural areas. “Creating awareness on the new course has not been easy as many candidates don’t have access to the Internet nor do they have a TV or radio. Newspaper adverts and social media sites like Facebook seem, however, to be working well,” adds Chetty.

The plan also aims to give men under the age of 25 years a decent set of skills that they can take with them into the job market – proverbially turning boys into men.

In addition to cellphone and smart TV repairs, some recruits are being trained to fix fridges and freezers as well. These courses, however, are far more technical because the devices use gas and the technician requires a solid Science background.

“The aim of the training is to teach these young men and women about the basic components that make up certain devices, so that when they are faced with a fault they can identify the problem and find a solution. It also gives them a solid grounding in the electronics field and a step-up should they decide to specialise further in this career path,” Chetty concludes.