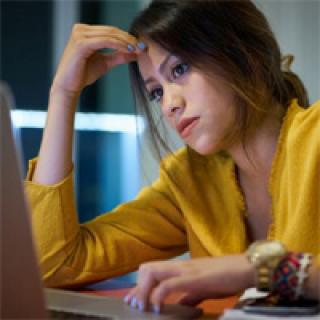 Australia is in the bottom third of OECD countries when it comes to working long hours, with 13% of us clocking up 50 hours or more a week in paid work.

These long hours are bad for our health. A new study from France has found that regularly working long days of ten hours or more increases our risk of having a stroke.

Other research has found that employees who work long work hours are likely to have poorer mental health and lower-quality sleep.

Long hours are bad for our health

The effects of regular long work hours on our health are wide-ranging.

The new French study of more than 143 ,000 participants found those who worked ten or more hours a day for at least 50 days per year had a 29% greater risk of stroke.

The association showed no difference between men and women, but was stronger in white-collar workers under 50 years of age.

Another meta-analysis of more than 600,000 people, published in the British medical journal The Lancet, found similar effects. Employees working long hours (40-55 hours per week) have a higher risk of stroke compared with those working standard working hours (35-40 hours per week).

Irregular work hours, or shift work, has also been associated with a range of negative health and well-being outcomes, including the disruption of our circadian rhythm, sleep, accident rates, mental health, and the risk of having a heart attack.

And it’s not just the physical effects. Regularly working long hours results in poor work-life balance, leading to lower job satisfaction and performance, as well as lower satisfaction with life and relationships.

Why are we working more?

Although many countries have imposed statutory limits on the work week, worldwide around 22% of workers are working more than 48 hours a week. In Japan, long work hours are such a significant issue that karoshi – translated as “death by overwork” – is a legally recognised cause of death.

Concerns around automation, slow wage growth, and increasing underemployment are some of the reasons Australians are working longer. A 2018 study showed Australians worked around 3.2 billion hours in unpaid overtime.

And work doesn’t end for many people when they leave the office. If they aren’t doing extra work at home, taking calls, or attending after-hours meetings online, working second jobs is increasingly becoming the norm. Many Australians now work additional jobs through the gig economy.