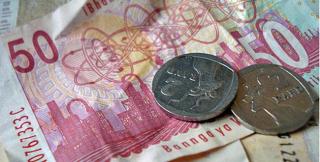 Finance Minister Tito Mboweni says government will need to borrow US$7 billion from international financial institutions as one of the measures to cover the budget hole brought about by South Africa’s response to the COVID-19 pandemic.

Also, measures and reforms would need to be implemented to narrow public debt post the pandemic, including a restrain on spending and improving revenue collection.

Mboweni said this when he tabled the National Treasury’s supplementary budget in the National Assembly on Wednesday.

He announced a projected total consolidated budget spending, including debt service costs, that will exceed R2 trillion for the first time ever.

“Without external support, these borrowings will almost entirely consume all of our annual domestic saving, leaving no scope for investment or borrowing by anyone else. For this reason, we need to access new sources of funding.

“Government intends to borrow about US$7 billion from international finance institutions to support the pandemic response. We must make no mistake, these are still borrowings. They are not a source of revenue. They must be paid back,” he said.

To limit the impact of the pandemic on the economy, the Reserve Bank has reduced the repurchase rate to 3.75 per cent, its lowest level since 1973, providing relief to indebted households and businesses. Banking-sector regulations have been eased to encourage lending. Banks have provided R30 billion of relief to customers.

“But government’s weak fiscal position going into the crisis means that it cannot afford to fully offset the effects of the pandemic,” the National Treasury said.

The National Treasury said in its Supplementary Budget Review that narrowing the budget deficit and stabilising the debt-to-GDP ratio require continued spending restraint, economic measures to boost long-term growth and reforms to state-owned companies to reduce their reliance on public funds.

“Additional tax revenue should come primarily from improved tax collection as enforcement is strengthened to enhance compliance, alongside other revenue measures.