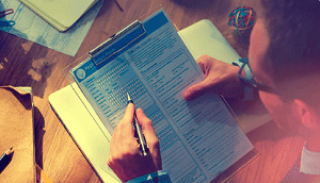 Irregular payments of relief funds are nothing new for the UIF. It has now been discovered that some government employees have wrongfully been benefitting from the relief scheme intended to help those affected by the lockdown.

More than R160 million from the Temporary Employer/Employee Relief Scheme (TERS) was paid out to government employees.

TERS is an extension of the Unemployment Insurance Fund (UIF) which has been giving financial relief to many South Africans during the lockdown.

"The UIF uses identity numbers to make payments for benefits and we and the time when this happened, did not have a link to the Department of service and administration to make sure that the identity number that we are paying out benefits to is not also a public servant receiving a salary every month," said Marsha Bronkhorst, the acting UIF commissioner.

According to Bronkhorst, not everyone who received payments is guilty of being fraudulent.

She said there were cases of people who were not working when they applied but then received employment during the period that they were receiving TERS payments.

The UIF has fixed some of the systems that allowed for payments to be made to people who not qualify.

"All these systems have now been updated and they now throw out any of these numbers that might want to claim as 'not valid'," said Bronkhorst.

Those who fraudulently received funds from the UIF will have to pay back the money. There are a number of investigations taking place and the UIF plans to file criminal charges against those guilty of fraud.

TERS funding was initially meant to last for 3 months as part of government's temporary plan to help South Africans through the tough financial period brought about by Covid-19.

Despite the deadline being 3 months, the UIF has managed to pay out more than R52 billion in funds over a total of 7 months.

Bronkhorst said the fund could not afford to pay out any more money as it has exceeded its initial limit of R49 billion.

"We cannot continue paying because the fund must get money and have money to pay our other beneficiaries. So we'll continue as far as we can with the funding that we have available," she said.