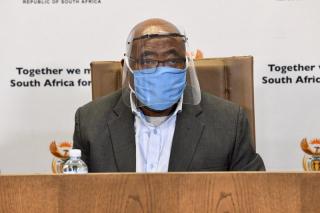 Minister of Employment and Labour, Thulas Nxesi said despite the recent StatsSA survey, South Africa is not hopeless and more jobs can be created.

In April and May alone, the department of Employment and Labour managed to pay R32 billion to workers affected by the lockdown. It managed to do this through the Unemployment Insurance Fund (UIF).

“In fact, the second quarter figures relate to the time when the lockdown was at the extreme and since then, the economy has opened somewhat, and more industries have since opened,” Nxesi said on Monday.

Youth unemployment recently reached 30.8%, an increase of 7.5% compared to the second quarter.

Despite this increase in unemployment, employment in some sectors increased.

Government has put together an economic reconstruction and recovery plan to revive the economy and create employment.

“In the first phase of this programme, government has budgeted R19.6 billion for the 2020/2021 financial year.  This is in addition to the existing employment programmes of government.

He said the government will create more jobs by strengthening infrastructure development through private investment.

The government has been criticised for coming up with good policies but failing to implement them.

“That is what makes the current recovery plan different: the attention to process, coordination, monitoring and evaluation, and implementation - what the President refers to as 'joined up government', so that we no longer work in silos, but combine our efforts and resources to maximise outcomes and service delivery to our people," said Nxesi.

“More importantly, it will bring young people into the economic sphere, which is critical at the moment," the Minister said.