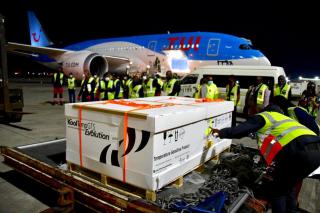 Government hopes that the vaccination programme will move at a faster pace, as more vaccines are expected to arrive this month.

About 600 000 more vaccines are also expected from Pfizer before the end of March.

However, the minister said the first agreement with Pfizer still needs to be signed before confirming the second agreement.

The Johnson&Johnson vaccine has proven to be the most effective against the Covid-19 variant, while the other vaccines are still being tested for their efficacy.

“The others such as Pfizer and Moderna have also demonstrated some degree of activity. However, that was demonstrated in a lab setting and not a clinical trial, so in the process are some of the considerations that we take into account as we go through the selection of vaccines.” said Mkhize.

The Health Minister said the vaccine is not compulsory, but people are advised to take it.

Although government is now making progress with the vaccine rollout, there were some hurdles along the way.

The first Covid-19 vaccines sent by AstraZeneca early this year were found to not be effective against the Covid-19 variant.

Since then, government has been trying to sell the AstraZeneca vaccine doses to the African Union.

Countries in the African Union have agreed to buy the vaccine doses at the same cost South Africa bought the doses from the Serum Institute of India.

“We haven’t used any of it and will not use any immediately until we get clear guidance from our scientists about what is the best way of utilising AstraZeneca. The number of these countries don’t have this variant and are free to utilise the AstraZeneca and it is still effective in a number of countries."