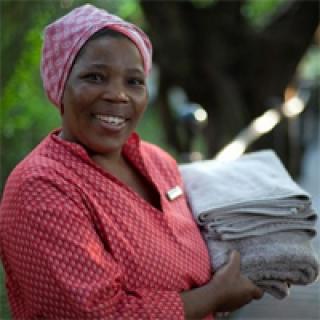 Government has expressed its appreciation to all workers for their contribution to the South African economy and the role of labour unions.

On Wednesday, South Africans joined the rest of the world in celebrating Workers Day.

Government called on all employers to be compliant with the country’s labour laws, which were enacted to protect the rights of workers.

Government said since the attainment of democracy, the country has made great strides to establish a culture of human and worker rights through progressive labour legislation and key programmes, in line with the Constitution.

Reformed laws have opened the way for improvements in working conditions including in health and safety in the workplace and in wage-related matters, said Government Communication and Information System (GCIS) Acting Director General Phumla Williams.

While noting the progress made in the labour sector, Williams said government is alive to the pressing challenges of unemployment, poverty and inequality.

“Government will continue in its efforts to close the gaps and has since introduced the National Minimum Wage, a historic step in a wider strategy of developing a caring economy.”

Williams said the new act extends the country’s social net to the most vulnerable and helps South Africans build a more inclusive society.

Recognising that South Africa is one of the most unequal societies in the world and the need to eradicate poverty and inequality, government signed into law the National Minimum Wage Act as a safety net for South Africa’s low-income earners.

The Act, which came into effect in January 2019, sets a floor of R20 per hour, which is the equivalent of no less than R3 500 per month, depending on the number of hours worked.

This rate is subject to future yearly adjustments in terms of the National Minimum Wage Act.

The Act was signed alongside the Basic Conditions of Employment Amendment Bill and Labour Relations Amendment Bill, which were negotiated by the National Economic Development and Labour Council (Nedlac).

These bills provide protection for low-paid workers; fair and effective competition in the labour market; the challenges of labour instability caused by violent and lengthy strikes and wage inequality. – SAnews.gov.za