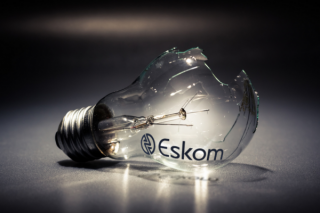 Responding to a question by the EFF, Deputy President David Mabuza said that government has no reason to doubt the findings of the Trengove report after a forensic investigation cleared Eskom’s CEO of allegations of misleading the board.

Mabuza was asked whether, in his capacity as the chairperson of the Eskom Task Team, he has been informed of the allegations against the CEO.

The Deputy President says the power utility’s board has government’s full support in its decision to accept the findings of the forensic investigation in June, which cleared Eskom CEO, Andre de Ruyter of wrongdoing.

This comes after allegations made by a board member that De Ruyter deceived the board during a meeting, which led to an R5.2 billion fuel oil contract with the black-owned company, Econ Oil & Energy Ltd. being cancelled.

“For the record, Advocate Trengove’s report has been made available for our perusal, and we have no basis to doubt its fairness or the integrity of the investigation process as conducted against the CEO, with respect to the allegations made.

“As government, we remain committed to clean governance and we have confidence in the capabilities of the current board at Eskom. We believe we have appointed a board that is competent, experienced and capable of implementing clear mechanisms to hold executives accountable,” Mabuza said on Thursday when responding to questions in the National Assembly.

Mabuza added that the matter has been in the public domain for quite a while.

“In the wake of these allegations, the Eskom board instituted an independent investigation and appointed Advocate Wim Trengove SC to investigate the matter.

“Subsequently, the Eskom board at its July 2020 meeting, adopted the report of this Senior Counsel and expressed its support for the CEO.

“In line with corporate governance principles, which set out the separation of roles between the shareholder and the board, there is no basis to doubt the decisions within the purview of the board in respect of this and any other operational issues of the power utility.

“We would like to treat this matter as adequately addressed and concluded,” the Deputy President said.

Mabuza added that the government believes the Board should be given time to carry out its fiduciary responsibilities and exercise duty of care on all strategic and operational matters of Eskom without interference.

“As a matter of course, the government exercises its oversight role through the Department of Public Enterprises, guided by the shareholder compact.

“That is why our position is that the board is empowered to run the affairs of Eskom diligently while ensuring a financially sustainable energy utility that is oriented to meet its developmental imperative.

“The Eskom Political Task Team, which was established by President Ramaphosa, will continue to provide the necessary support to Eskom to ensure that it enhances institutional capabilities to sustainably supply electricity to support economic growth and development.

“We are committed to supporting the leadership of the board and the CEO in ensuring that Eskom is transformed and put on a sustainable operational path. There is still a long road ahead but for now, we are satisfied that this energy utility is heading in the right direction.”