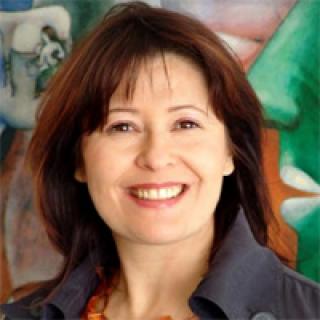 Coaching in the workplace is not dissimilar to coaching on the sports field. In their essence, they both exist to enhance individual or team performance.

Executive coaching, as a tool to boost business leader or company performance, has been around since the 1980s and it is a field that is continually evolving. The last ten to fifteen years have seen a dramatic increase in the number of individuals taking up coaching as a career, meeting a growing demand for executive coaching at all levels of management.

Reasons for having executive coaching have also changed. Whereas in the past most companies engaged a coach to fix toxic behaviour at the top, today most coaching is about developing the capabilities of high-potential performers.

“As a focused development process, executive coaching supports high-potential employees to become more effective at work by achieving their organisational targets and personal development goals in a relatively short time,” says Beth Norden, a Johannesburg-based business psychologist with a focus on coaching and leadership development.

Because of the rapid growth of coaching as a career there is considerable debate around professional standards, with numerous bodies and associations around the world offering accreditations.
In addition, many universities now offer executive/business coaching as part of their curriculum offering, with a view to setting new standards and enhancing professionalism in the industry.

“The value of coaching is well documented,” says Norden, “However, it remains an emerging field, so educational institutions, training providers, coaching councils and business leaders need to continue their support and alignment when it comes to professionalising the practice.”

The 2016 International Coach Federation (ICF) Global Coaching Study estimates that there are around 53 300 professional coaches worldwide, but many of these are untrained individuals who call themselves coaches. This, according to Norden, is becoming an increasing concern for many coaching practitioners, a trend which is mirrored in the ICF Study in which the majority of respondents identified the number of unaccredited, untrained ‘coaches’ as the biggest obstacle facing the industry.

Measuring the results of executive coaching on company or individual performance is an inexact science, although there is a growing awareness of the benefits. A survey conducted by Harvard Business School in 2009 showed that executive coaches and business leaders generally agree that the reason for the growth in the industry and for clients coming back is because “coaching works”.

“Coaching helps facilitate behaviour change and helps a person become skilled in personal reflection which is essential for personal development, leadership roles and making necessary changes,” observes Alison Foote, Manager of the Leadership Development Centre at Wits Business School. “The right match, however, is absolutely key to the success of a coaching experience. Without it, the trust required for optimal executive performance will not develop.”

The success, or otherwise, of the coaching process depends on many variables, such as the ability of the coach to understand the client’s industry and organisation and to be able to balance the goals of the organisation with those of the individual.

With increasing demands of businesses and leaders trying to manage change, it would seem that executive coaching is here to stay.

“Coaches support individuals through a process of change. With that in mind and the ever-changing world we live in, there will always be a need for this type of [personal] development,” says Norden. “However, with that opportunity comes the responsibility of providing coaching education and training of a professional standard that meets ethical standards necessary when working with human beings.”

END_OF_DOCUMENT_TOKEN_TO_BE_REPLACED

Located in Johannesburg, IH Johannesburg offers students the opportunity to learn English in an exciting environment that embraces multiculturalism and the vibr