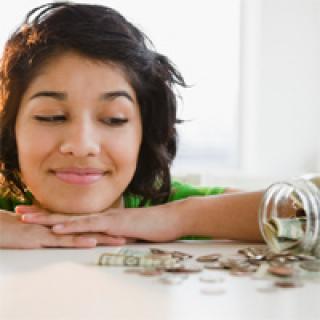 UCT GSB alumnus, Mervyn Christoffels, will participate in the 2017 Absa Cape Epic cycle race as part of the Team GSB Foundation to raise funds for talented but financially disadvantaged students wanting to do an MBA at the GSB.

UCT Graduate School of Business alumnus, Mervyn Christoffels, 44, will head off on 19 March 2017 to takeDear Cindy,Dear Cindy, part in the gruelling Absa Cape Epic 2017 mountain bike race – using this as a platform to raise money for talented but financially disadvantaged students wishing to enrol in the MBA programme at the GSB. Mervyn hopes this fundraising drive will raise the profile of his ‘Epic Scholarship’ and encourage others to embark on similar ‘epic’ fundraising initiatives.

“This idea has been with me for some time, to find a way to help sponsor students to complete an MBA,” says Mervyn, who will compete with professional cyclists in a race against the clock. This incredibly demanding 691km marathon stage race, involves 15,400 m of climbing untamed terrain, and has been described as the ‘Tour de France of mountain biking’, with over 600 international teams participating.

Mervyn completed his MBA in 2006 and credits his studies at the GSB with transforming his life and career, shaping his thinking, maximising his impact and empowering him to become a change agent. “From the initial idea to ride and fundraise, the Epic Scholarship was born, to offer a channel through which other alumni who complete epic events and journeys, like this race, can raise funds and contribute towards a scholarship that will help a deserving candidate complete an MBA.”

Mervyn will be riding with team partner Grant Goodwin as Team GSB Foundation and they hope this will raise awareness for their cause. The Absa Cape Epic is the most televised mountain bike race in the world. Stretching over eight gruelling days in the Western Cape, both local and international teams test their mettle in harsh weather and road conditions. For most cyclists, getting through the race itself is enough of a challenge.

But for Mervyn, himself from a previously disadvantaged background and a benefactor of a Sponsored MBA from Brandon Bekker, now MD of mimecast, Africa and Middle East, as part of a Leadership Development Program that aimed at growing leaders, the race is also about making people aware of the need to become involved in shaping future business leaders. “Unfortunately, a business education is still beyond the reach of many talented South Africans, excluding them from the highest levels of management,” he says.

He only started cycling in earnest about five years ago, but says once he decided to take part in the ABSA Cape Epic, he had to move from recreational cyclist to athlete, and there was a change in his thinking that enabled him to begin training properly, eating healthily and building muscle. “It is like a switch in the mind, a kind of discipline that comes with being focused on your goal.” He adds that the support of his wife, Liesl and son, Jacob, has been instrumental in keeping him on track.

Mervyn obtained sponsorship for the race from ABSA Bank Pride Team, Fairtree Capital, the Maitland Group, Bytes Technologies, Kathea and Highveld Mushrooms, and he hopes that other alumni and supporters will be inspired to help raise funds for scholarships by giving generous donations. Online donations can be made here: http://wwwgsbfoundation.org.za/get-involved/the-epic-scholarship/

“If it wasn’t for someone giving me that chance of perusing a MBA, I would never have got as far in my career. The MBA really is a programme that creates leaders who are prepared to change the world and this is what we need in South Africa right now,” he says.

Peter Wingrove, Executive Director of the GSB Foundation said Christoffels is blazing a trail for other alumni to help address the vital need for scholarships for cash-strapped, talented students.

“Our alumni are in a position to know exactly how amazing this course is. The GSB’s MBA programme produces the kind of leaders who have the ethics, integrity and skills to make a positive impact on the world around them, not only in business, but in government and society as well.”

Director of the GSB, Associate Professor Mills Soko agrees. “The GSB alumni have a big part to play in ensuring that more students are given the benefit of a business education at Africa’s top business school. Apart from the knowledge and skills gained, the programme shapes graduates into the mindful and moral leaders this continent needs. Mervyn’s initiative is admirable and shows that alumni are passionate about giving back”.