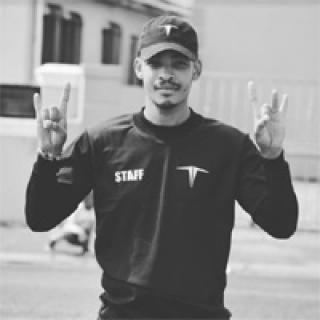 The event was hosted by Cape Town Mayor, Patricia de Lille on Wednesday. Members of the Cape Town City Council were also present.

The #YouthStartCT Challenge serves as an accelerator programme for start-up entrepreneurs aged from 18 to 35. The main aim of the competition is to contribute to business skills development, innovation and the growth of entrepreneurs in Cape Town.

The grueling process leading up to the final event was preceded by elimination rounds where the best pitches proceeded to the next round.

Said Thabiso, ‘I have been pitching since I started the business, so, it’s not as nerve wrecking as it used to be. However, the competition was very tight, so I kept motivating myself to do better in every round. I believe TSquaredSA won because we have a product that’s sought after, and we are very hard working and determined. We know that nothing comes easy, we are always working and refining our product.’

TSquaredSA, which was founded in 2008, started as a small business, printing t-shirts, while Thabiso was in high school. He continued the business throughout university while pursuing a human resources degree, until he finished his honours qualification. Ten years later, the business has won numerous accolades, including the 2017 KFM & LeadSA young entrepreneur of the year as well as the 2015 Destiny Man’s best entrepreneurial journey segment. In 2016 Thabiso also won a mentorship sponsorship from SharkTanks, an entrepreneurship competition that’s considered one of the most nerve wrecking experiences for entrepreneurs.

TSquaredSA operates from a garage at Station Park in Gugulethu and employs three permanent employees. The brand also has a store in Newtown, Johannesburg where it employs two permanent staff members.

‘A lot of our supporters are proud to wear a brand that is made in their area. We have enjoyed a lot of support, not only from Gugulethu, but from surrounding townships, as well as in other provinces around the country.’

Attributing his success to his family and staff Thabisao says he wouldn't have done it without their support especially his friend, Thabo Cheka who is just as committed to TSquared as he is.