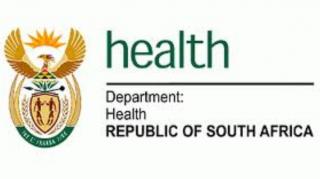 The Department of Health has announced the appointment of Dr. Sandile Buthelezi as its Director-General.

A seasoned expert in health governance, policy, and program management, Dr. Buthelezi is set to steer the ship at the department.

The department announced Dr Buthelezi as its incoming Director-General on Friday.

With more than 15 years in the field, Dr Buthelezi promises to bring a wealth of knowledge to the National Department of Health at a crucial epoch in the trajectory of South Africa’s health system.

Dr Buthelezi currently holds the reins as the chief executive of the South African National Aids Council – a position he has held since September 2017.

While at SANAC, Buthelezi drove the implementation of the National Strategic Plan – a roadmap towards a future where HIV and TB are no longer plagues to the lives of South Africans.

He has also worked to secure billions in grants from the Global Fund to assist South Africa’s fight against HIV.

Trained as a medical doctor at the University of KwaZulu-Natal, Dr Buthelezi cut his teeth at the Edendale Hospital in Pietermaritzburg, before climbing the ranks and being appointed the Director of HIV in the province’s Health Department.

In 2010, Dr Buthelezi began serving as South Africa’s Country Director for the International Center for AIDS Care and Treatment Programs (ICAP) at Columbia University. He then worked as a Senior Technical Lead for the Department of International Development funded SARRAH (South Africa’s Revitalised Response to HIV) program.

With the country fighting the scourge of the COVID-19 pandemic, Buthelezi said lessons learned from dealing with HIV in South Africa, specifically when it comes to community-based testing, screening, and testing are coming in handy.

“The experience I’ve gained in and out of the public sector has made me a much more molded person to work with a team of people to move forward with critically focusing on the National Health Insurance.

“With a visionary Health Minister like Dr Zweli Mkhize, and the leadership of President Cyril Ramaphosa, I believe we are in safe hands. We all want to contribute towards quality healthcare services for all South Africans. We are all together in this, and for all of us, it should be all hands on deck,” Dr Buthelezi said.