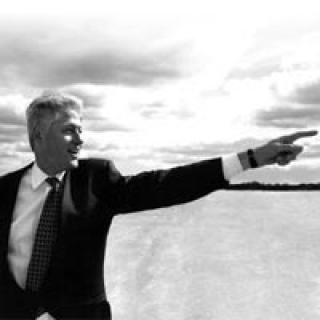 Everyone?s talking about corporate coaching. The Harvard Business Review reported how it contributed to Sears? brand turnaround. The International Personnel Management Association demonstrated that it increased their internal productivity by 64%. A recent survey by Manchester Inc. of 100 top companies found that it provided an average financial return of almost 600% on the original investment.

There?s no way around it: coaching is increasingly important in the executive?s arsenal. A recent Hay Group study found that up to 40% of Fortune 500 companies utilise Executive Coaching as a standard leadership development tool.

At the heart of coaching?s success is its transformative power with people. It can give already successful companies a competitive advantage - one that cannot be easily replicated by others in the market.

"We started searching for innovative ways to improve productivity and staff satisfaction,' said Hylton Bannon, then head of Toyota Tsusho Corporation in Johannesburg. "Theand#8232;company was already successful; what we needed was a sustainable competitive edge. Weand#8232;couldn?t change our product. What we needed to change was how we lead our people. Youand#8232;can be efficient with processes, but not with people. People need to be fulfilled,' he said.

Bannon headed up a major coaching drive within the organisation after he experienced the effects first hand through a course at the Centre for Coaching at the University of Cape Town?s Graduate School of Business (GSB).

Toyota joins the likes of ABSA, Barclays, British American Tobacco, Chevron, Hulamin, Robor Steel, Standard Bank and UCT itself, all of which have utilised the Centre for corporate coaching to train senior management as a vehicle to individual and institutional success.

As Janine Everson, Director of the Centre for Coaching, explains, "Whatever the size of your company, your success is only as sustainable as your staff satisfaction. There?s a reason sports teams invest in the best coaches. You can have a team of highly skilled individuals but unless they?re aided in working together efficiently and happily, they?re unlikely to win championships. The corporate world is no different to the sports world in that respect: coaches take your performance to the next level.'

As a result of coaching combined with a leadership team intervention, Toyota Malawi saw a 25% increase in their CSI (Customer Service Index), a 35% improvement in the productivity of its service division and an overwhelming 92% increase in economic value added, according to research done over a period of two years, started by Duncan Harrison and then added to by Karen Yodaiken, both MBA students at the GSB. Harrison and Yodaiken both analysed of the impact of coaching using a 360-degree survey of management executives at the company.

Despite the compelling results, some are still hesitant to embrace executive coaching. "Some people struggle to connect initially with the coaching philosophy of employee-led development,' explains Craig O?Flaherty, founding Director of the Centre for Coaching. "Ultimately, what we find time and time again is that it is this actual "soft-skill? approach that is the key ingredient that turns good companies into great companies and great companies into brand leaders.'

O?Flaherty adds that having a clear idea of the desired outcomes is also essential to success. Toyota planned to accomplish a constructive utilisation of leadership conversations through the giving and receiving of feedback, understanding and managing constructive conflict situations and effectively dealing with internal requests and external delivery promises. What they soon found, though, was that the benefits went far beyond these outcomes.

In her thesis, Yodaiken reported that employee satisfaction was markedly higher at the two Toyota companies researched in Malawi and in Uganda, with a decrease in office tension and a notably lowered incidence of conflict. Data extracted from confidential surveys indicated that employees reported markedly increased levels of self-confidence in their ability to perform their jobs, particularly with regards to leadership functions. Respondents noted an increase in a culture of idea-sharing during meetings and a change in their attitudes towards assessments, seeing them as an opportunity for collaborative improvement rather than criticism.

There was also evidence of swifter, calmer resolution of minor conflicts and disagreements through open dialogue, as opposed to misunderstandings and building tensions resulting from unresolved issues. Respondents reported a high level of self-control when it came to negative emotions that had previously been expressed in a manner that damaged relations with team members. The research suggests that, through coaching, the team had instigated a perception shift in seeing conflict as a chance for growth and building confidence in the ability to express their emotions in a constructive manner.

Management reported that building an environment of personal empowerment meant they no longer had to micro-manage staff, increasing their energy levels and, consequently, their job satisfaction. This had the knock-on effect of decreasing absenteeism. An increase of initiative meant that employees were creatively taking responsibility for decisions that impacted on customers and fellow team members rather than waiting for instruction. This again increased the CSI rating and even had such practical applications as decreasing the lead-time in the service and parts departments, as communication flow was optimised.

This perception shift into a culture of communication appears to have had a substantial impact on employee satisfaction - increasing the aim of personal fulfillment that Bannon initially identified. "The Centre?s work with us has done something more valuable than just increase the profit line,' says his successor at Toyota Malawi, CEO Rosemany Mkandawire. "It?s encouraged each employee to take control of charting and driving their own personal journey with the company.'

As Everson notes, "In our experience, no matter where in the world we do interventions of this nature, at a personal level, the employee tends to improve their confidence, ability to have honest conversations and individual relationships in all areas of their life. At a professional level, we typically see a culture of personal empowerment coming from engaged and motivated employees. It?s a clear trend: customer service and employee retention goes up. Stress levels and reports of conflict go down.' Changing the work culture may begin with the individual, but it ends with the team.

Coaching has multiple benefits; something Toyota has grasped. As Mkandawire explains, "Business models are changing. New globalized, information-driven workplace demands mean the need for new skills. At Toyota, we believe in being ahead of the trend. We?re always interested in ways to do business that are better for the company and also better for the individuals in that company. We believe that?s a change worth investing in.'

What do you think?
Why is coaching lacking in South African companies, where so many employers still work on a punishment and reward system?