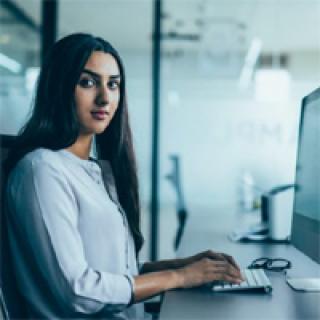 A new study reveals fears that skills will outdate and that a growing need for lifelong learning is the solution.

A research report by MasterStart has found that just 23.8% of working South Africans believe their current skills will keep them employed in ten years’ time. With the burgeoning Fourth Industrial Revolution accelerating the pace of change in the world of work, most South Africans are looking to ‘future-proof’ their careers. And for 95%, lifelong learning is the key to retaining relevancy.

Based on a survey with a sample group of over 1000 people across varying demographics and industries, the MasterStart South African Workforce Barometer uncovered that – while artificial intelligence (AI) and robotic process automation (RPA) are on the radar – other factors are currently seen as more immediate factors impacting job retention.

Andrew Johnston, CEO of MasterStart says, “Our workforce is clearly concerned, but positively, our research revealed that people are aware that frequent upskilling and reskilling will aid them in remaining relevant and employable. In a country where unemployment is an ongoing issue, it’s imperative that we empower people to future-proof their careers by making lifelong learning opportunities continuously accessible in order to bridge critical capability gaps and compete with global standards.”

Some pivotal findings in the report included:

It’s tough out there: 80% of the sample believed the job market to be tougher now than it was ten years ago. People in media and marketing especially agreed with this (92.9%), along with those in the manufacturing (87.9%) and financial services (87%) industries.

Why’s it perceived as so tough? Both macro and micro factors were listed, including the political and economic climate, increased competition, fewer employment opportunities and rapid change.
Age and lack of skills are the biggest barriers: While age was referenced most frequently as a barrier to future employment – especially for those over 50 – in the 18-24 and 25-34 year old brackets, lack of skills was seen as the most prohibiting factor.

People in IT and tech felt most secure about their skills: Collectively, just under half the sample felt they’d been held back by lack of skills. 30% of participants in IT and tech were completely confident their skills would survive the ten year test. Those in other industries were noticeably less secure.

We’re not yet comfortable sharing our workloads with robots: Close to a quarter of respondents felt AI had already impacted their industry, but just under 20% said they were completely comfortable sharing their workload with robots or processes automated by AI. Surprisingly, 18-24 year-olds had the highest level of unease about this.