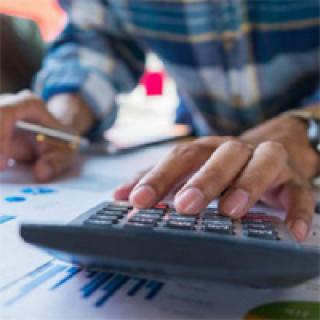 The picture in South Africa is a bleak one for the average 15 – 24 year old. Many have finished their schooling with a qualification of little value in the eyes of employers. And they lack the basic skills that employers now need. The result is that a staggering 39,6% (narrow definition) or 55,2% (expanded definition which includes those who have stopped actively looking for work) are unemployed.

South Africa has grappled with high unemployment for many years and the private sector, civil society and government have invested heavily in interventions to address the problem. Youth Employability Programmes are one such example. These programmes aim to help young people make the transition from school to work more seamlessly via skills training.

They are part of a broad suite of programmes designed to drive growth and employment. But there seems to be a piece missing from existing schemes: giving young people basic financial skills. Other countries have found that giving young people these skills leads to much better education outcomes. For example, they’ve led to better secondary schooling outcomes in Ghana. And in Uganda they have been shown to increase financial security in vulnerable households. In the US they have helped promote transitions to college in poor communities.

We did a study to find out whether including financial skills in existing programmes could help more young people find and keep work.

The answer is yes. We found that providing young people with financial capabilities does improve the picture. Those who got the training were nine percentage points more likely to be employed than those who did not two years after completing the training.

The study, launched in 2013, tracked 1974 people who participated in one of eight Youth Employability Programmes at 44 sites across the country. Half of the training sites were randomly assigned to receive a short savings and basic financial management training module and access to a no-cost bank account.

We followed these two groups of young people as they entered the programmes and up to two years after completing their training to understand whether financial capability training should be a complementary intervention offered to young people.

The study participants were predominantly African (94,4%), women and from poor backgrounds, with an average per capita income of R527. This places them below the upper-bound poverty line. Most participants had experienced food insecurity in the year prior to joining the programme.

The majority of participants had a matric certificate – the equivalent of 12 years of schooling – and over half had some prior work experience, primarily short-term contract work, while a few had self-employment experience. Just under a third had started a post-secondary qualification. Despite this the vast majority were unemployed at the start of the study and 78% had been chronically unemployed (unemployed for longer than one year).

We tracked and interviewed the study participants before, during and after their training. During a period corresponding to between 12 and 24 months after their training, young people who received the financial capability training were nine percentage points more likely to be employed than those who did not receive the intervention.

Importantly, the financial capability intervention also had positive effects for young people who remained unemployed. They were more likely to persist with work seeking than those who did not.

Interestingly, young people who received the training did not differ in their reported savings behaviour from those in the control group. From this we can see that the effect of the intervention is likely due to the financial literacy training, and not the savings account.