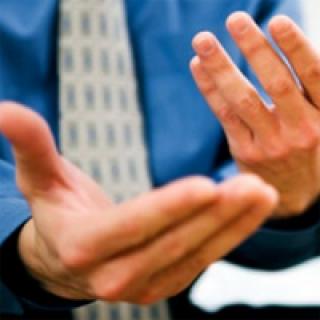 While many leaders fail to hit the mark for many reasons, one factor is often overlooked. Many do not get the onboarding support they need to assimilate to the new role, such as working with a coach.

In the modern business environment, newly appointed senior executives often have to hit the ground running. Whether hired from the outside or promoted from within, their expected time to impact is typically three months. ManpowerGroup South Africa’s managing director, Lyndy van den Barselaar, explains that many are falling short.

This can have significant consequences. From just an economic standpoint, when a new hire at the senior leadership level does not pan out, the cost to the organisation—including replacement and loss of productivity—can reach as high as 213% of his or her annual salary.

“Although onboarding coaching and training methods and principles may vary from organisation to organisation, the end goal is always the same - to ensure the new appointment is given the necessary tools and skills to excel in their position,” says van den Barselaar.

Onboarding is often confused with orientation but they are very different. Orientation programs are generic and operational, while onboarding is individualised and part of a broader talent development strategy.

For instance, coaching conversations should be centred on ways to build credibility with team members and how to identify key influencers who are receptive to change and could help cascade a positive message. “Onboarding is an effective investment for organisational growth and success, because senior executives are one of the primary drivers of company values and for setting the pace for the entire organisation,” adds van den Barselaar.

To broaden coaching encounters to more general onboarding principles, below is what many new leaders need:

1. A haven to talk candidly about the challenges they’re facing.

This is a particular advantage of engaging a coach from outside the organisation. Leaders feel they can unburden themselves to an unbiased coach without fear of exposure.

2. A sounding board to brainstorm possible strategies for overcoming challenges.

New leaders are expected to immediately demonstrate they have all the answers. A coaching relationship removes the isolation that many new leaders experience and provides a private forum to explore potential solutions to any challenges.

Many new leaders are pressured to show how hard they’re working. Coaching conversations give executives an opportunity to slow down and make sure they are being deliberate about their choices and priorities.

When 2600 Fortune 1000 executives were interviewed, 76% said that the formal development processes in their companies were only “minimally” helpful and 55% said they had little to no coaching or feedback to help them perform better. “In other words, companies are making huge investments in leadership talent without ensuring they have the right resources in place to help their leaders succeed,” says van den Barselaar.

The number of organisations with an onboarding strategy has nearly doubled since 2004, while the failure rate of new hires has declined, suggesting a clear link between onboarding and positive business outcomes. For this reason, van den Barselaar suggests that onboarding coaching should be considered an essential best practice when hiring or promoting a new leader.

“I can’t think of a single instance when it wouldn’t be helpful, even for a few months, starting on the leader’s first day in the new position,” she concludes.