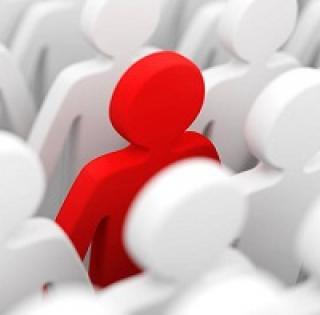 In a country with high unemployment and low economic growth, there is a silver lining. According to the 2019 South African Graduate Employers Association (SAGEA) Employer Benchmarks and Candidate Insights surveys, employers expect there to be 5.3% more vacancies for graduates in the workplace next year. However, competition for these vacancies will remain extremely high.

Ninety-four of the country’s top employers that took part in this year’s survey said they received over 2,000 applications a year, and a quarter of these employers got more than 5,000. The median number of applications per vacancy was 92, which is noticeably higher than in previous years.

“The competition graduates face is very high,” says SAGEA Director, Cathy Sims. Speaking to students at a recent careers event hosted by the African Institute of Financial Markets and Risk Management (AIFMRM) at the University of Cape Town, Sims said that while having the right qualification is an obvious prerequisite for a successful job hunt, employers are on the look-out for skills over and above what’s written on the graduation certificate. “There are skills every employer is looking for, not just in the finance sector,” she said, highlighting creativity, problem-solving, and critical thinking as the most sought after skills

“And these are skills employers struggle to find among graduates entering the workplace,” Sims said. “It is a global phenomenon.

A study released in 2018 that tested how American graduates saw themselves in terms of workplace readiness, and how employers viewed them, demonstrates that these skills are a scarce commodity – even in developed markets like the USA. The National Association of Colleges and Employers surveyed over 4000 students and over 600 employers on eight competencies. These included work ethic, communication skills, leadership, and career management.

When it came to critical thinking and problem-solving, almost 80% of the students surveyed rated themselves as proficient enough for the workplace, while only 55.8% of employers felt the same way.

“I would say findings in South Africa would be similar. These skills just aren’t nurtured in our education system,” said Sims. “Only at a Master’s level are people taught how to probe and analyse problems properly, and then seek novel ways to solve them.”

Director of AIFMRM, Professor David Taylor, who also spoke at the event, agreed with Sims on the importance of these skills.