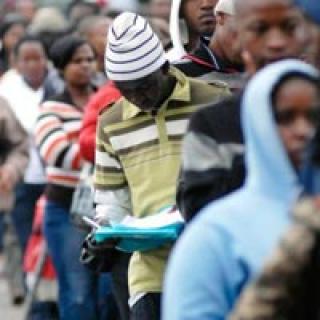 Human Settlements Minister Lindiwe Sisulu says governments responsibility is to
empower and educate young people so they can provide for themselves.

"Our responsibility as government is to empower you [young people], educate
you, provide you with work experience and opportunities and to the extent that you
are provided with jobs,' Minister Sisulu told young people during the National Human
Settlements Youth Summit.

The summit, which was held at Gallagher Estate Conference Centre on Monday,
aimed to share the departments programmes with the leadership of youth
formations.

The programmes are targeted at young people and how they can participate in
the implementation of these programmes.

The summit also aimed to identify opportunities in the private sector for young
people to participate in the implementation of the Social Contract for the
Development of Human Settlements.

"When we fought for you to be free, we intended to ensure that you are truly
free . We are here for you and would rather teach you to fish and provide you with
fishing rods than give you fish. We would rather sufficiently empower you to build
houses for the State and to build your own houses,' the Minister told the youth.

Minister Sisulu explained that the concept of Youth Brigade is based on the quest
to create a vast group of well-trained young people, who will have the requisite skills
in the construction sector.

"The concept of a Youth Brigade cuts across political affinities and includes all
young people, irrespective of gender and geographic location. Any young person,
who desires to craft a career in the construction sector, qualifies to be part of this
Youth Brigade.

"The idea of a Youth Brigade does not just seek to avail opportunities to youth in
the construction sector, it seeks to engender a certain form of work discipline, work
ethic and an appreciation of doing things for oneself,' Minister Sisulu said.

Last month alone, 76 houses were built by 100 young men and women
volunteers. The houses were handed over to families at Lindelani Informal Settlement
and contributed in the restoration of the dignity of the community.

Deputy Minister in the Presidency Buti Manamela challenged the youth to be
drivers and agents of change and ensure that they are not passive recipients of
government services.

"You must be active and involved in your communities and not be part of those
who destroy them but redirect energies to build and protect communities. As
government, we believe that you, more than ever before, are change-makers,'
Deputy Minister Manamela said.

He said the shaping of young people as active and productive citizens is critical
for the development of the country.

"All over the world, youth are driving social change and innovation, claiming
respect for their fundamental human rights and freedoms, and seeking new
opportunities to learn and work together for a better future.'

Minister of Small Business Development Lindiwe Zulu encouraged young people,
who are running businesses, to have the necessary skills and fully understand what
their businesses are all about, even if they have someone doing the books for the
company.

She said young people that need assistance should contact the call centre on
086 1843 384.

Meanwhile, chairperson of Legacy Group, Bart Dorrestein, encouraged South
Africans to do it themselves, saying that importing was not a sustainable solution.

"South Africans have great potential, only if we go out and do something about
it,' Dorrestein said.

During the summit, representatives from various companies shared information on
internship programmes offered by companies and how to apply for them. -
SAnews.gov.za